May 23 – Gheyzaniyeh, near Ahvaz, southwest Iran: Locals blocked a road during their protests against the lack of running water in their homes

These harsh conditions are enforced on this population as the province is witnessing a major coronavirus crisis.

May 23 – Gheyzaniyeh, near Ahvaz, southwest #Iran
Locals blocked a road during their protests against the lack of running water in their homes. These harsh conditions are enforced on this population as the province is witnessing a major #coronavirus crisis. pic.twitter.com/6oC6SBrIpf

May 23 – Gheyzaniyeh, SW Iran: Locals gathered to protest the lack of drinking water in their district

May 23 – Gheyzaniyeh, SW #Iran
More footage of clashes between locals who want drinking water and security forces. The sounds of shots being fired can be heard. #IranProtests pic.twitter.com/ECNo5bs9wD

European Parliament, Friends of a Free Iran (FoFI) – Iran: Urgent Call for Immediate Release of Prisoners of Conscience and Halt to Executions

We urge the EU High Representative to call on Iran to secure the release of the detainees and to respect the rights of citizens to freedom of expression and freedom of association. Therefore, we request for a fact-finding mission to visit prisons and report on the conditions of detainees.

Maryam Rajavi: Gasoline and bread price hike amid the coronavirus crisis is the flip side of the $30 billion the clerical regime has spent in Syria at the expense of the people of Iran 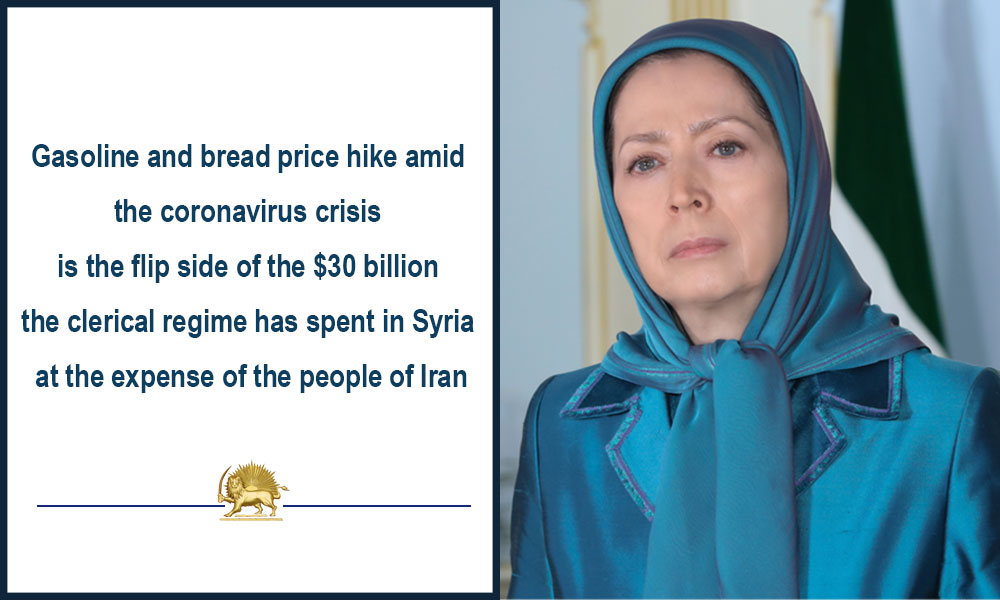 Increasing the price of gasoline and bread for workers amid the #coronavirus crisis is the other side of the 30 billion dollars the clerical regime has spent in Syria at the expense of the people of #Iran to prop up its blood-thirsty dictatorhttps://t.co/eqgdjpHZqr 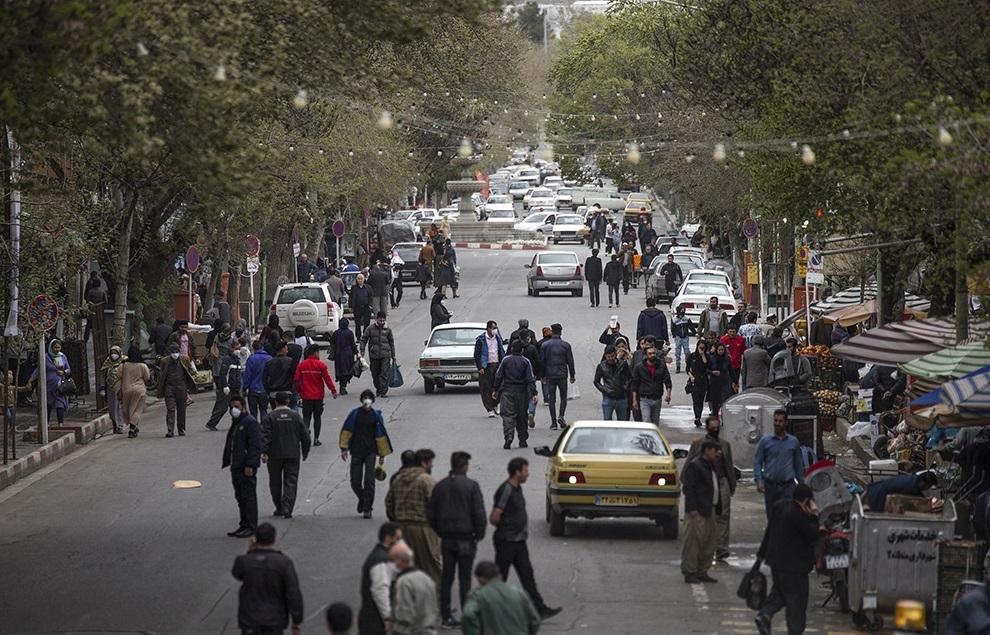 Critical situation in Khuzestan, Bushehr, Sistan and Baluchestan provinces and many other regions

The People’s Mojahedin Organization of Iran (PMOI / MEK) announced on Friday, May 22, 2020, that the Coronavirus death toll in 319 cities across Iran has risen to more than 43,600. The number of victims in Tehran has exceeded 7,090, Khuzestan 3,195, East Azerbaijan 1,545, Lorestan 1,290, Central 606, Kerman 525, and Kohgiluyeh and Boyer-Ahmad 287. According to doctors’ reports, only in Labafinejad Hospital in Tehran, more than 220 people have died of Coronavirus

Ten days after the Iranian regime shot its own “Konarak” vessel during a naval maneuver in the Sea of Oman, new details have been revealed about what is happening behind the scenes daily.  While the regime has not yet published an official report of this incident, its cover-up and lying over this incident, which according to the regime’s official figures resulted in 19 deaths and 15 injures, reminds us of the regime’s lying about shooting down a Ukrainian airliner in January by the Revolutionary Guards (IRGC), killing all 176 passengers aboard.

Who is Hassan Rouhani?

Through the so-called election of Hassan Rouhani in 2013 as the president of the Iranian regime, the regime in Iran attempted to portray him as a moderate to the West. His history of horrible crimes, however, paints a different picture.

Since the beginning of the anti-monarchial revolution in February 1979, by being a key figure in the mullahs’ regime, Hassan Rouhani has been complicit and one of the perpetrators in the crimes against the people of Iran, regional countries and global peace.

While he was invited many times to the United Nations, he should be held accountable in international courts for crimes against humanity. A short look at his criminal record figures indicates is a deceiver.

Nursing Tariff Act Not Implemented 13 Years After Its Adoption 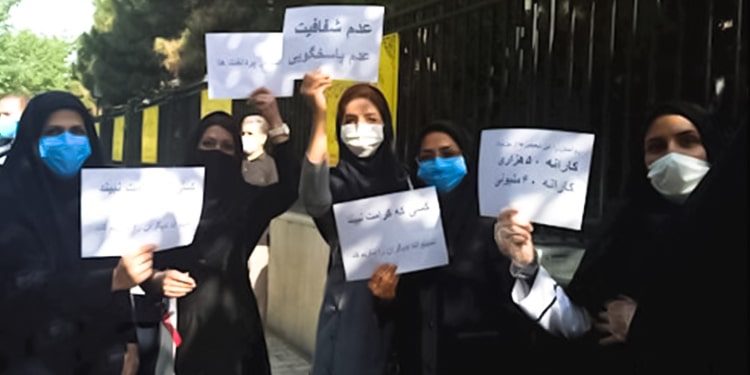 A group of nurses held a protest in front of the Isfahan City Prosecutor’s Office on May 21, 2020. They renewed their demands for government to implement the Nursing Tariff Act, ratified in 2007, which limits the amount of overtime nurses can work, among other benefits. 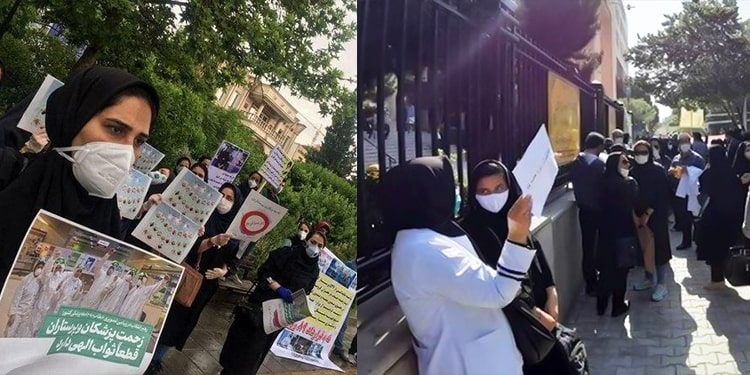 Nurses in Gilan Province held a protest rally in front of the central headquarters of the local University of Medical Sciences, on May 20, 2020, to demand official employment. After the Coronavirus outbreak, the private sector hired nurses on 89-day contracts, a contracting method that fails to respect nurses’ rights.

Saturday, May 23, 2020, marks the 191st day since the beginning of the nationwide Iran protests.