Despite the daily lies heard from Iranian regime President Hassan Rouhani and his devious comparisons between circumstances in Iran and those of European countries, and considering the fact that the mullahs’ regime have always placed their state security before the health and well-being of the Iranian people, and refused to provide even the smallest budget to seriously impose quarantine conditions and other measures to address the novel coronavirus, the number of COVID-19 cases are constantly on the rise across Iran.

Maryam Rajavi: When it came down to a choice between using financial reserves to avert an economic collapse on the one hand, and sending off underprivileged people to production centers on the other hand, the regime’s leaders chose the latter option and caused a further spread of the disease

When it came down to a choice between using financial reserves to avert an economic collapse on the one hand, &sending off underprivileged people to production centers on the other hand, the regime’s leaders chose the latter option and caused a further spread of the disease #Iran pic.twitter.com/gmEqk0IyDK 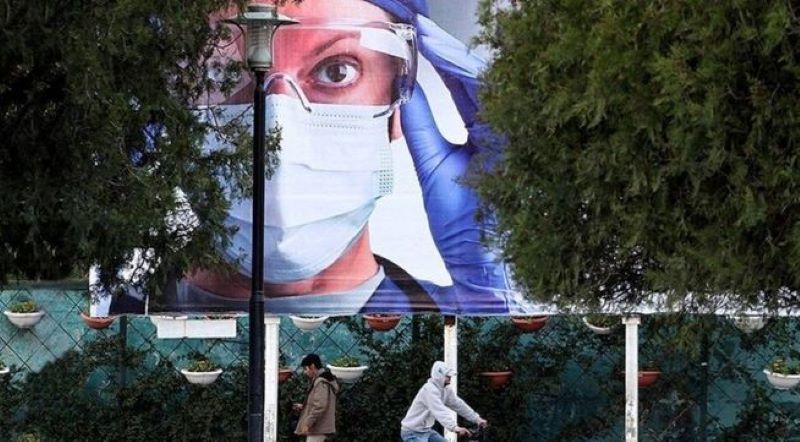 There has been a sharp rise in the COVID-19 death toll in Iran, particularly in the capital Tehran. The regime’s criminal decision to send people back to work and reopen social commuting and religious sites has indeed increased the death toll.

The implications of Ghalibaf’s appointment as the Speaker of Majlis

From among three candidates, the Iranian regime’s newly formed Majlis (parliament) chose  Mohammad Bagher Ghalibaf as its new Speaker on Thursday, May 28. The other candidates, former head of Atomic Energy Organization of Iran Fereydoun Abbasi and former presidential candidate and interior minister Mostafa Mir-Salim respectively received 18 and 12 votes against Ghalibaf’s 230.

But even before the vote, Ghalibaf had been described as the favored candidate of regime Supreme Leader Ali Khamenei for the Majlis Speaker post, which gave him the edge over his rivals.

Ghalibaf’s appointment as the Speaker of the “Supreme Leader’s Majles” or the “the Majles of Velayat,” as the new parliament has become known, proves that Khamenei is out of options and maneuvering space, and his only solution to his current dilemmas is to put a hated criminal at the helm of the legislative.

The Iranian regime’s relationship with the Venezuelan dictators goes back to 2000s.
Back in 2008, the National Council of Resistance of Iran (NCRI) revealed:
Iran regime’s Air and Space Organization, part of its Ministry of Defense, and IRGC unit responsible for missile program are collaborating extensively and secretly in the field of missile technology transfer to Venezuela
The IRGC’s commanders even attended the June 2008 Venezuelan military exercise.
In such situation, the international community should not close its eyes on the regime’s recent activity.
If not, this will only help the mullahs to fund terrorism and prolong their rule.
Iran regime – Venezuela relationship is not limited to recent fuel tankers shipped by mullahs

Statistics from tens of hospitals and cemeteries indicate the death toll in Tehran Province with a population of 14 million is more than 10,000

The People’s Mojahedin Organization of Iran (PMOI /MEK) announced today, Thursday, May 28, 2020, that based on specific statistics from dozens of hospitals out of 138 that accept Coronavirus patients in Tehran province, and figures from cemeteries, the death toll for Coronavirus in Tehran Province with a population of 14 million far exceeds 10,000, bringing the number of victims in 323 cities to more than 47,500.

“Our struggle with Khomeini (the regime in Iran) is to establish freedom”: MEK Resistance Units

Maryam Rajavi: In the great uprising of November 2019, the mullahs clearly saw that their regime is trapped in a vortex of destruction and they have no options to save it from inevitable overthrow

In the great uprising of November 2019, the mullahs clearly saw that their regime is trapped in a vortex of destruction and they have no options to save it from inevitable overthrow #Iran #FreeIran2020 pic.twitter.com/qumGnNDTId

While heads of hospitals, regime officials, and state-run media acknowledge there is a rising number of the coronavirus death and infection rate, even among health workers, and shortage of medication and hospital beds are staggering, Rouhani continues his lies, deception, downplaying and cover-up of the COVID-19 crisis.

The tragic honor killing of Romina Ashrafi, a 14-year-old girl in Talesh County, by her father, is the outcome of the oppressive and medieval policies and laws of the misogynist clerical regime that encourage and promote violence against women and girls. The religious fascism ruling Iran is responsible for the murder of Romina Ashrafi.

Friday, May 29, 2020, marks the 197th day since the beginning of the nationwide Iran protests.