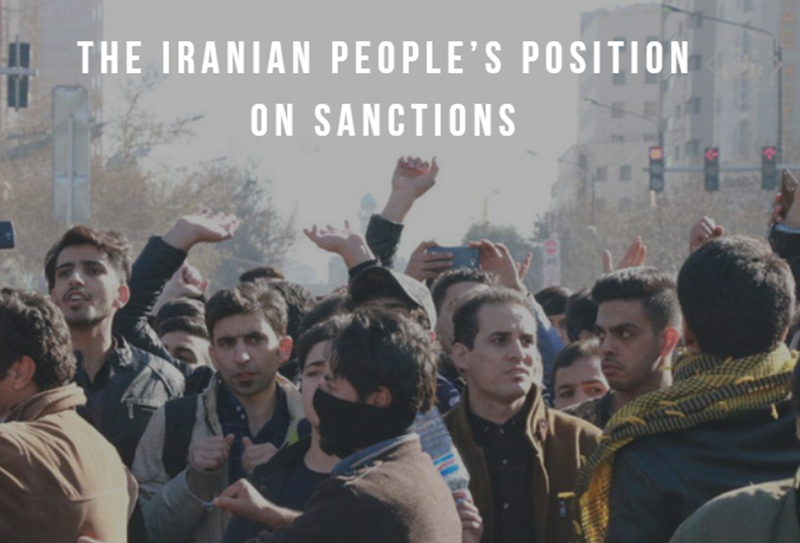 Subsequently, he listed 12 basic requirements that the regime must meet in order for the sanctions to be halted. “The length of the list is simply a scope of the malign behavior of Iran. We didn’t create the list, they did,” he said.
The 12 requirements outlined by Secretary Pompeo can be summarized in two categories: Ending the nuclear and ballistic missile program, and ending destructive meddling in the region and support for terrorism, both of which have for long been the demands of the Iranian Resistance. As far as the Iranian people are concerned, such an approach is long overdue.

Some in the US and more in Europe argue that sanctions would hurt the Iranian people. This is pure deception aimed at relieving the regime from any real pressure. The facts are clear:
• The Islamic Revolutionary Guards Corps (IRGC) and a number of foundations affiliated to the Office of the Supreme Leader essentially control the Iranian economy.

• Counterparts for international trade contracts are essentially companies affiliated with the IRGC or the Supreme Leader. Thus, the people of Iran are not the beneficiaries of trade with the outside world.
• As part of the JCPOA, sanctions were lifted. In addition, some $100-150 billion of frozen funds were released to the Iranian regime. And yet, the economic condition of the Iranian people in May 2018 is worse than it was prior to the lifting of sanctions. Moreover, this influx of funds was used for further suppression of the people and warmongering in the region.

Following the signing of the JCPOA in 2015, NCRI President-elect Maryam Rajavi said “the money poured into the regime’s coffers must be placed under strict United Nations monitoring to ensure that it addresses the Iranian people’s urgent needs, especially the unpaid meager salaries of workers, teachers, and nurses, and is used to provide food and medicine to citizens.” Otherwise, she said, “Khamenei will use these funds to further the regime’s policy of export of terrorism and fundamentalism in Syria, Yemen and Lebanon as well as to fill the coffers of the Islamic Revolutionary Guards Corps.” Regrettably, the failure of the international community in this regard led to more killings in Iran and Syria by the regime.