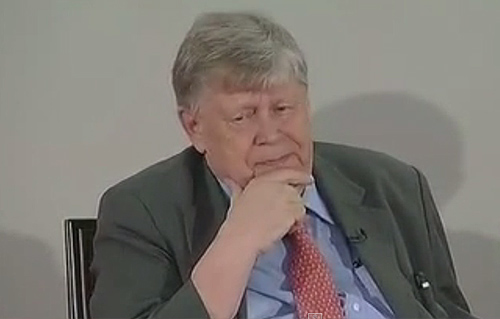 The current terms of the agreement under negotiation between the major world powers and the Iranian regime will allow it to remain as a nuclear weapons-threshold state, Olli Heinonen, former deputy chief of the UN nuclear watchdog, has warned.

Text of remarks by Dr. Olli Heinonen, former Deputy Director General of the IAEA, at FEMO panel in Paris on June 12, 2015:

Thank you very much to the organizers for inviting me to talk here and share my views with you. I’m actually looking forward to interacting with the great audience that is here today. So I’m not going to be very dogmatic in my presentation but I’ll make maybe four or five points about where we stand today.

First of all, let’s look at the April 2 agreement in Lausanne. This agreement with the P5+1 more or less agrees that Iran will stay as a nuclear weapons threshold state. There are a number of reasons:

There will be 5,000 centrifuges in Natanz and another 1,000 being used for other purposes in Fordow but staying dormant, which in practice means when you look at the nuclear infrastructure in Iran there’s no real, in my view, dismantlement of Iran’s nuclear program. It stays as it is; it has not changed course with those 6,000 centrifuges even feeding with the natural Uranium. In whatever engineer barriers you put there they are able to produce in at least one year’s time or maybe slightly less time enough material for one nuclear device; 25 kilograms of highly-enriched Uranium with U-235. So that’s where we are. One year time with certain assumptions, one assumption is that there’s no clandestine or undeclared facility somewhere else, there is no clandestine nuclear material somewhere else. So in reality if you look then at how to monitor the system you need to have a very robust system in place to make sure that there are no clandestine activities nor clandestine nuclear material anywhere because if those exist this time-clock goes down to much less numbers than one year. It’s going to be a tremendous challenge on how to organize it from the verification point of view and IAEA access rights you have heard any time, any place. This is still, I think, necessary to verify this undertaking because so many centrifuges will stay there.

Had it been 3,000 or 2,000 [centrifuges] that’s fine, you probably could have had some other arrangements.

Then when you come to the clandestine point, I think one of the most important things is actually to look at the history. The first question for me as a simple chemist from Brookline, Massachusetts, what comes to my mind is how many centrifuges does Iran actually have? Is it those 5,000 or 6,000 which remain there; and the other ones going to the stock over there under the IAEA control, but are these all? How many centrifuges has Iran actually produced in total historically? And this is a very difficult undertaking, but I think the provisions of this agreement need to include that access for the IAEA that it can verify with a certain precision and certainty how many centrifuges Iran has produced historically. This was done in 2003. It was a hard job. In today’s world since Iran has by now produced more than 25,000 it’s going to be more than difficult, but this needs to be in the undertaking. Otherwise I don’t think you can have a very credible verification scheme in place.

Then people talk about the Possible Military Dimensions. I think when you set the baseline for your verification scheme, it’s one thing to look at nuclear materials and one thing to look at enrichment capabilities but at the very end in order to have a complete picture because all those other ones which I said, they come with their uncertainties. You know certain things but you can never provide 100 percent certainty, as the former Director of the CIA can certainly confirm much better than me.

Then you need to go to this other part about the nuclear weapons related aspirations which Iran might have had. One has to understand how far these experiments go. Were they just a screwdriver-turn away from the nuclear explosive capacity, or is it more? It’s important for the verification, it’s important in setting this baseline not only with the nuclear material inventories and the number of centrifuges but also this part, because then you can be more comfortable in monitoring. You know what to look for; when you see changes you can ring the bell early enough.

Then the last thing – I’m a little bit jumping here – is to look at this agreed framework and I read it, again as a simple chemist, I think in the next ten years, Iran’s nuclear program stays pretty much as it is with one exception; Iran is going to be allowed to develop much more advanced centrifuges which in reality means that if they are able to manufacture them in big quantities it will actually cut down the breakout time. The only way to keep the breakout time there up into one year is to control the imports of the essential raw materials, components, CDR and the [inaudible] centrifuges to know where they are at any point of time.

But what is missing from this debate, in my view, is the outsourcing. You can do this thing somewhere else, and just bring them back in time, set them up in a few weeks or a few months time, and then you will have enough capacity to produce highly enriched Uranium on your own soil. If you go back to the history, you will see that those couple of thousands of centrifuges in Fordow where I think at the speed Iran was setting up centrifuges was three to four caskets per month. So when you have these powerful ones, they will be up and running in a few months time; the other provisions are there. So we ought to keep it in mind and I think it’s one of the most essential new provisions on this.

Then you come to year 10, and I have to say that President Obama was very honest here. He said that after that the breakout time will go down in terms of the production of enriched Uranium because Iran can put any number of centrifuges. There is still a cap on how much low-enriched Uranium can be produced but nevertheless it’s going to be a very different ball game and then you come to year 15: there will not really be any restrictions for low-enriched Uranium but what people have forgotten from this debate, I think, to great extent is that the Arak research reactor which is the other suspected route for producing material for nuclear weapons, to produce Plutonium.

Actually all the restrictions will disappear after 15 years because yes the Arak reactor has been modified but there is no limitation to build any other heavy-water reactor. It’s an entirely open field there.

The last thing that I would like to say is that there might a difference in understanding also the perpetuity of this agreement which is being negotiated because if you go back to the last two or three days, particularly Mr. Araqchi and others have said that actually there’s no perpetuity. So I think it’s important for us to understand, when the Iranian undertaking for not reprocessing spent fuel, expires, are they going also to send all the spent fuel out of Iran after year 25 or even 15 because of the perpetuity.

So I think that I leave it here with my questions, and I would like to hear particularly what Bruno says on the left side, whether he shares my views and I welcome any questions you might have on this side.