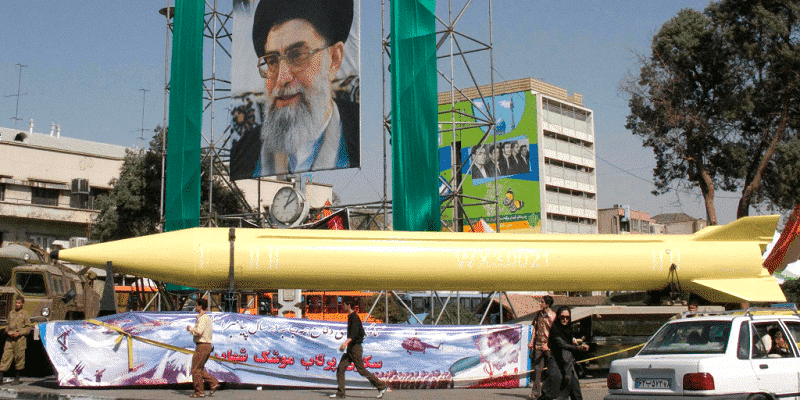 Up to this point, the official policy of the European Union has apparently been to let Iran get away with just about anything, on the expectation that permissiveness might one day make the clerical regime earnestly cooperative. But this expectation proved to be groundless when Tehran reacted aggressively to the news that the US administration would not immediately knuckle under to Iranian ultimatums upon inheriting the previous administration’s strategy of “maximum pressure.”

On Tuesday, an unnamed Iranian official elaborated upon that position in remarks to the regime’s English language propaganda outlet. “A senior Iranian official tells Press TV that Tehran will stop its 20-percent uranium enrichment only if the U.S. lifts ALL its sanctions on Iran first,” the network’s website reported.

This was already implied by previous statements from various officials including the regime’s Supreme Leader Ali Khamenei. But the Press TV report clarifies that Tehran isn’t even open to the idea of scaling back its uranium enrichment to a slightly lower level, even if it is still above the 3.67 percent fissile purity that is permitted under the terms of the JCPOA. Thus, the regime has explicitly cut off every path forward for the West other than either abandoning the nuclear deal to start from scratch or giving the regime everything it wants at once, with no guarantee of reciprocation.

As a matter of fact, Tehran’s commitment to 20 percent enrichment underscores the fact that the prospect of such reciprocation is extremely remote. Even some consistent advocates for the JCPOA were taken aback by the speed with which Iranian nuclear facilities returned to the levels of activity they had achieved before negotiations for the JCPOA began. The agreement had been sold to critics as something that would keep Iran well over a year away from nuclear “breakout” even though it wouldn’t cut the regime off from nuclear weapons capability altogether. But that claim was seriously undermined by the systematic violations that Iran began in 2019.

For many of the critics, the instantaneous growth of Iran’s uranium stockpiles and enrichment levels was clear evidence that the regime had never followed through in fully adopting the agreed-upon restrictions in the first place. This was explicitly confirmed later in 2019 by none other than the head of the Atomic Energy Organization of Iranian regime, Ali Akbar Salehi. “They thought that they won the negotiation,” he said of Western signatories to the JCPOA. “But we had a countermeasure, and while we proceeded with the case, they didn’t achieve what they planned for, and we did not become trapped in the enrichment deadlock.”

These comments came months after Salehi had already boasted to Iranian state media about how Iranian authorities had conspired to deceive the International Atomic Energy Agency regarding the Arak heavy water plant, which produces plutonium that could provide another pathway to nuclear weapons capability. The JCPOA established that the facility’s core was to be filled with cement, thereby turning it into a light water plant and cutting off that pathway. But as Salehi explained, the AEOI obtained decoy tubing through which to pour the cement and then used altered photographs to convince international inspectors that the job was done.

Such deceptive activities come as little surprise to those who opposed the JCPOA since the beginning. Instead, they recognize them as the continuation of a strategy that was established many years earlier, when Iranian regime’s current president, Hassan Rouhani, was the country’s chief nuclear negotiator. In the intervening years, he boasted to fellow regime officials about how the regime maintained a “calm environment” in talks with Europe and the US, thereby staving off additional enforcement measures and allowing Iran to quietly advance its nuclear activities before eventually paying lip service to a modestly restrictive agreement.

In 2005, another former nuclear negotiator and erstwhile Iranian ambassador to Germany, Hossein Mousavian, presented an identical interpretation of the regime’s strategy in an interview with the state-run MEMRI TV. In a shocking testament to Western impulses to overlook past malign activity by the Iranian regime and its representatives, Mousavian was granted a position as a “visiting scholar” at Princeton University just four years later. He has since remained in the United States as part of a vast network of so-called scholars and journalists with ties to the regime who are currently promoting permissive Western policies and capitulation to the regime’s nuclear ultimatum.

In March, nine US Congressmen sent a letter to the Department of Justice urging an investigation into anyone who might be receiving payment from the Iranian regime in exchange for promoting Iran-friendly talking points in the US. The effort came a few weeks after a Massachusetts political scientist was arrested for violating the US Foreign Assets Registration Act in exactly this way. It also came slightly more than a year after three US Senators sent the DOJ their own warning about suspiciously pro-Iran positions promoted by the National Iranian American Council.

That institution and its former director, Trita Parsi, have been working tirelessly to promote a return to the status quo as it existed before 2018. Despite these efforts by Iran’s lobbies, the US has not been persuaded to adopt the same sense of urgency, and it may not even see value in returning to that status quo.

The Iranian economy is on the verge of collapse and the regime is still reeling from unprecedented unrest over the past three years. Under those circumstances, all the US and its allies need to do is let the regime further harm its own prospects for survival by refusing to accept anything less than its adversaries’ surrender.

Previous article
Protests Continue Across Iran Due To Harsh Economic Conditions and Mullahs’ Deal With China
Next article
Iran: Agreement With China Shows the Mullahs Will Sacrifice the Entire Country for Power