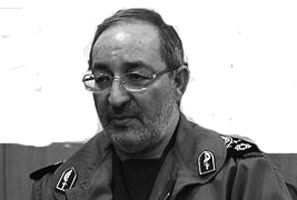 A day after a top nuclear negotiator of the Iranian regime said If an agreement is reached between his regime and the Group 5+1 “managed” access will be provided to nuclear inspectors, Deputy Chief of Staff of the Iranian regime’s Armed Forces Brigadier General Massoud Jazayeri rejected allowing any inspection of military sites.

Jazayeri said: “We will not allow any visiting of military centers, whether it is limited, controlled, non-free or in any other form,” the commander noted, adding that Iran’s opposition to such a visit has repeatedly been emphasized by Iranian leadership and military commanders.

State-run Tasnim News Agency report on Friday: The remarks [made by Jazayeri] came a day after a top Iranian diplomat involved in the nuclear talks with six world powers, Seyed Abbas Araqchi, said If an agreement is reached between Iran and the Group 5+1 based on which the Additional Protocol would be implemented, any access given to the International Atomic Energy Agency (IAEA) inspectors will be “managed”.

Meanwhile, IRGC Brigadier General Gholamhossein Qeybparavar, the commander of IRGC forces in the Fars province said on May 31: The Inspectors “would be wrong to dare to want to inspect our military centers and whoever does look at IRGC centers we will fill his throat with molten lead.”

The question of access for international inspectors has become one of the main sticking points between Tehran and six world powers as they try to overcome obstacles to a final nuclear agreement weeks ahead of a deadline.

According to information obtained by the Iranian opposition movement, the People’s Mojahedin Organization of Iran (PMOI/MEK), it was revealed on last week that the Iranian regime and the government of North Korea have extensively exchanged information and delegations of experts in the fields of nuclear weapons and nuclear warhead design as recently as late April 2015.