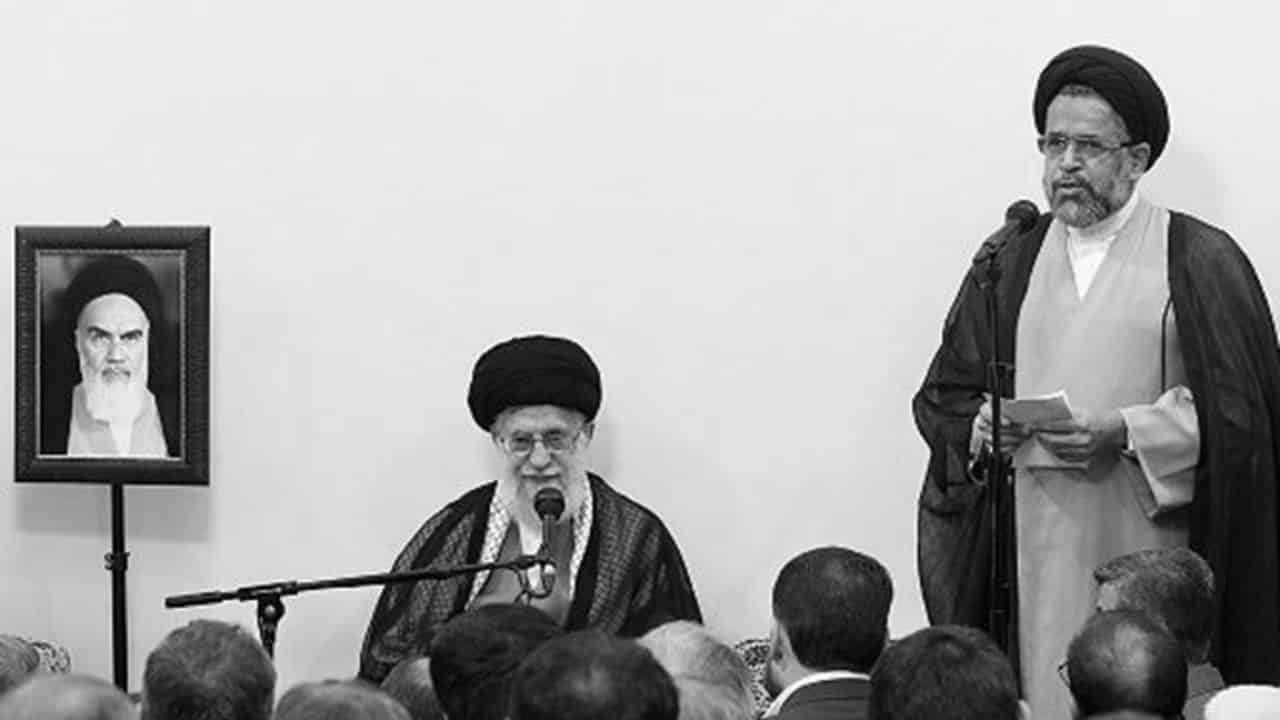 On Tuesday, the Iranian regime’s Intelligence Minister Mahmoud Alavi took the rare step of acknowledging that the regime pursues the acquisition of a nuclear weapon. His statement to that effect was presumably intended to increase pressure on the new US president to remove sanctions that were re-imposed and expanded by his predecessor. But in making that strategy more transparent, Alavi also ran the risk of undermining talking points that the Iranian regime has long used in order to suggest that Western concessions are justified and at low risk of backfiring.

Among the Iranian regime’s global adversaries, it is generally understood that the ultimate purpose of Iranian nuclear enrichment and development is to put the regime in a position to quickly obtain a nuclear weapon at some point in the future. Tehran has always denied this while insisting that its nuclear activities are intended solely for power generation and scientific research. As support for that claim, the Iranian regime’s authorities frequently point to a fatwa issued by the regime’s Supreme Leader Ali Khamenei, which ostensibly claims that nuclear weapons are contrary to Islam and are accordingly banned.

But Iranian resistance, have long rejected the relevance of that fatwa, noting that it is a deceptive move, and it is neither binding nor permanent and could be reversed by Khamenei or a successor any time the regime has determined it is on the verge of a nuclear breakout. Alavi’s recent remarks seemed to explicitly confirm this point, insofar as they specifically cited the fatwa but also suggested that it would not prevent Iran from obtaining a nuclear weapon if it felt compelled to do so.

“Our nuclear program is peaceful and the fatwa by the supreme leader has forbidden nuclear weapons, but if they push Iran in that direction, then it wouldn’t be Iran’s fault but those who pushed it,” the Intelligence Minister said as part of a statement that was carried by state media. He then went on to compare the regime to a cat that may be docile when coddled but lash out when backed into a corner.

Such comparisons are emblematic of the Iranian regime’s tactic of blaming its own malign behaviors on circumstances created by foreign adversaries. The nuclear issue is perhaps the most prominent example of this phenomenon, but over the past year Tehran has also made a point of using US sanctions as an explanation for authorities’ mismanagement of the Covid-19 outbreak.

The pandemic has been substantially worse for Iran than for any other Middle Eastern country and judging by statistics released by the NCRI, which contradict official reports from the Iranian Health Ministry, Iran’s outbreak has arguably been the worst in the world. The higher mortality estimates – more than twice the roughly 58,500 recorded by the Health Ministry so far – stem in part from the recognition that Tehran covered up the first suspected cases of novel coronavirus infection while encouraging or even mandating widespread participation in public events like elections and anniversary parades for the foundation of the regime.

Nevertheless, the regime’s official narrative soon came to fixate on foreign sanctions even as American authorities emphasized that those sanctions had always included exemptions for medicine and other humanitarian goods. The effort to shift blame away from the regime was undermined by none other than the regime’s Supreme Leader Khamenei when he announced last month that imports of vaccines produced in the United States and Britain would not be permitted in Iran. This led to the immediate cancellation of the planned delivery of 150,000 doses that American philanthropists had already offered to donate.

Alavi’s statement on Iran’s nuclear intentions was reminiscent of this order insofar as both reflect the regime’s willingness to insist upon one course of action under existing circumstances but then take exactly the opposite course of action when those circumstances change. In the case of vaccine delivery, the demonstrable availability of foreign-made vaccines exposed the lie driving Tehran’s calls for sanctions relief during the pandemic. In the case of the Iranian nuclear program, the relevant lie has seemingly been exposed by defiance of Tehran’s expectations that the Biden administration would rush to resume compliance with the Iran nuclear deal after taking office on January 20.

Depending on how much attention Alavi’s statement garners from the international community, its consequences may prove to be stronger, each technical step in the nuclear program can technically be reversed but the intentions behind those steps cannot so easily be erased once they have been acknowledged.

While some of the Iranian regime’s serious critics have been willing to take it at its word regarding alternative uses for nuclear technology, Alavi’s remarks may make it more difficult for those critics to ignore other statements and activities that amplify the threat of an Iranian nuclear weapon.

On Monday, Brigadier General Amir Ali Hajizadeh, the head of the Islamic Revolutionary Guard Corps’ aerospace division, bemoaned circumstances that are “preventing our capabilities and progress” immediately after declaring that the US is still Iran’s “enemy.” The belligerent commentary closely coincided with the release of a United Nations report that confirmed Iran and North Korea had collaborated on the development of missile technology as recently as last year, potentially moving both US adversaries closer to possession of delivery systems for nuclear warheads.

This is a topic that has always been of concern to the Iranian regime’s adversaries, but those concerns may grow more urgent in the wake of Alavi’s threat. The issue of Iran’s ballistic missile development was left out of the 2015 nuclear deal, and Alavi’s threat is another measure to intimidate the West to turn a blind eye on the regime’s missile program and other noncompliance with the nuclear agreement and return to the 2015 agreement without any precondition.