Tehran Committed an Act of War, Should It Be Rewarded? 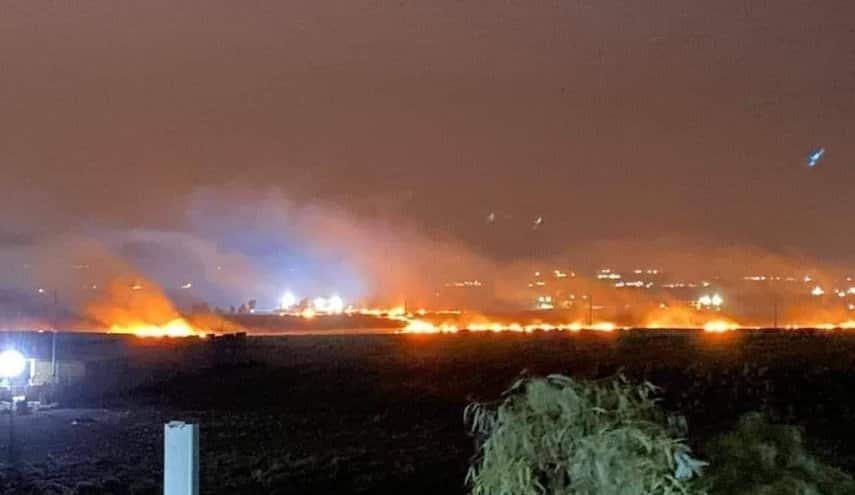 On March 13, twelve ballistic missiles, fourteen by some Iranian media accounts, hit Iraq’s northern city of Erbil, destroying property and injuring locals. In an unprecedented fashion, the Iranian regime’s Revolutionary Guards was quick to claim responsibility and resorted to a belligerent tone, signaling that this isn’t the end, rather a beginning.

Media reports questioned whether the move would put the current nuclear talks in Vienna at risk. The new deal called the Joint Comprehensive Plan of Action 2.0 has already been jeopardized by Russia’s demand that it ought to be immune from further US sanctions under the new deal.

Widespread international outrage and condemnation followed the attack on Iraqi soil and sovereignty but did not deter the Iranian regime to back down.

“Carrying out missile operations just close to Kurdish officials who lack resolve themselves, has a special message,” wrote the state-run newspaper Kayhan, whose editorial guidelines are dictated by the Iranian regime’s Supreme Leader’s office, on March 15. “Tehran has shown them that holding a normalization meeting with Israel under the banner of the Abraham Accords has costs. This message can also be sent to reactionary Arab rulers on the Persian Gulf.”

Listing supportive statements from proxy militant groups like the Iraqi Hezbollah, the Badr Organization, Islamic Jihad Movement, Kata’eb Hezbollah, Iraqi Al-Nujaba Movement, and the People’s Front for the Liberation of Palestine, Kayhan daily threatened the Iraqi officials that it will continue with other attacks, should Baghdad refuse cave in.

A former Iranian official sounded more aggressive, claiming the Iraqis have no right to protest the assault on their soil. Former MP and advisor to a former vice president, Gholam-Ali Jafarzadeh Aymanabadi wrote in a column on March 15 in which he said, “Protests by senior Iraqi officials and the frustration of the Iraqi people is surprising! We can’t assume that they do not understand the issue and it is clear is that they are showing off protest because of their American-Zionist affiliation.”

“No matter what, Iran has the right to defend its security and for responding to the evil deeds of the Zionist regime, Iran will not seek permission from any official,” the Jafarzadeh warned.

But if history and the slightest knowledge about Tehran’s rhetoric is any guide, perhaps one should draw other conclusions.

When reporting about the IRGC resentment, the New York Times wrote on March 13: “Iraqi political parties, including Mr. Barzani’s party and a bloc loyal to the Shiite cleric Moktada al-Sadr, are in the process of trying to form a government after elections last year resulted in heavy losses by traditional Iranian-backed parties.”

With the nuclear talks at an impasse in Vienna and the current trend of Tehran’s declining influence in Iraq, the Iranian regime has perhaps objectives other than the “Zionist regime”.

So far, Washington has declared that its forces at the US consulate in Erbil were not the target. Some observers believe that overburdened with the war in East Europe as well as other domestic and international problems, the Biden administration wants to take the Iranian regime’s nuclear dossier off the table. But what is past is prologue. Getting JCPOA 2.0 signed won’t be an end to the mullahs’ mischief-making, rather a beginning.

In 2015, the original nuclear deal was seriously advocated at the capitol by the Obama administration, hoping the mullahs in Iran would cooperate with the International Atomic Energy Agency to clear the remaining issues related to the Iranian nuclear program, and willing to address other problems like its ballistic missile program and regional meddling, hoping it all ends with a change of behavior in Tehran.

On December 15, 2015, the nuclear watchdog’s Board issued a resolution that intended to close the file on the possible military dimensions (PMD) of Tehran’s nuclear program. Instead of changing behavior, the Iranian regime intensified proxy fighting in the Middle East and accelerated its ballistic missile advancements. And yet, after more than six years upon signing the nuclear deal, the UN nuclear watchdog is still unable to clear the regime’s PMD and the remaining issues.

As world powers are currently struggling to sign JCPOA 2.0 with a desperate, more dangerous Tehran, hoping for broader discussions with the mullahs on “other issues,” the attack by the IRGC on Iraqi soil and the subsequent threats might serve as a good hint as to how a better-funded IRGC and its extraterritorial arm, the Quds Force, will act.

Since 1979, whenever delegations of other countries have met with their Iranian counterparts, the issues discussed have rarely covered constructive matters like peace, stability, or the prosperity of either nation. Such talks have been mostly about war, hostage-taking, terrorism, or the nuclear weapons program. In short, the only way Tehran knows how to deal with the world is through extortion.

The term “act of war” means any act occurring in the course of— (A) declared war; (B) armed conflict, whether or not war has been declared, between two or more nations; or (C) armed conflict between military forces of any origin.

By firing rockets from Iranian soil into Iraqi territory, the Iranian regime has just done that, and not holding it to account or going forward with an agreement with it will only invite more aggression.

If the language of power is the only approach understood in Tehran, then perhaps the world should be changing its behavior, not Tehran.

Previous article
Iran COVID-19 Crisis: Khamenei Will Reap What He Sowed
Next article
Iran: Chants of “Hail to Rajavi, Down With Khamenei and Raisi,” “No to the Shah, No to the Mullahs” in Lahijan