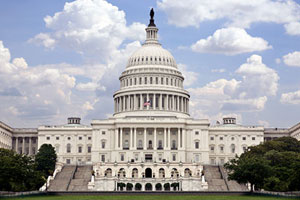 Some two dozen Republican members of the U.S. House of Representatives want to create a Congressional committee to provide oversight of the Iran nuclear deal, The Hill reported on Thursday.

Rep. Todd Young (R-Ind.) has introduced legislation to create the Select Committee on Oversight of the Joint Comprehensive Plan of Action (JCPOA) after lawmakers were unable to block the agreement earlier this year despite opposition from majorities in both chambers.

“We cannot lose sight of the threat posed by a nuclear Iran, which is why we need an oversight body in the House that can mimic this role and sound the alarm when Iran cheats the deal,” Young, who is running to succeed retiring Sen. Dan Coats (R-Ind.), said in a statement.
The committee would be able to investigate compliance of the nuclear deal and give an annual report that would include any enrichment activities, uranium stockpile levels, the oversight of the deal by the International Atomic Energy Agency (IAEA) and sanctions compliance, The Hill reported.
The move comes as the deal heads toward implementation day, when sanctions against Iran’s regime will be lifted. While U.S. officials have suggested that implementation day likely won’t occur until mid-2016, the Iranian regime’s officials have suggested it could happen in January.
Young added that the House committee, which would be able to subpoena administration officials, would help keep members informed and prepare lawmakers with potential next steps if Tehran violates the agreement.
The House committee would also look into research and development of the Iranian regime’s missile program and any attempts by Tehran to buy conventional weapons.
Recent ballistic missile tests by Iran’s regime have drawn frustration from lawmakers in both parties. The administration is expected to announce new sanctions against companies and individuals involved in missile development.
Twenty-four House Republicans are backing Young’s legislation.
On the Senate side, the Foreign Relations Committee has already outlined its schedule for providing oversight of the deal, including asking that Secretary of State John Kerry, Treasury Secretary Jacob Lew and Energy Secretary Ernest Moniz testify.

Previous articleIran Liberation No. 390
Next articleIran: Four Sunni prisoners die due to torture and lack of medical treatment