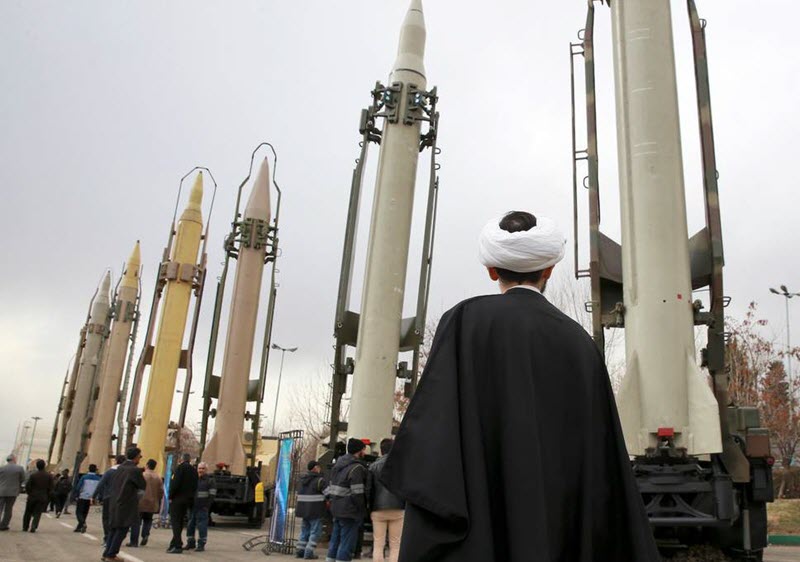 As the regime in Tehran continues its malign activities and nuclear extortion, the western governments should adopt a firm policy to prevent the regime from further destabilizing the world.

In recent remarks to Western media, Iran’s ambassador to the United Nations underscored the fact that the regime’s parliament has set February 21 as a deadline for the U.S. Government to once again make the US a party to the nuclear deal.

“We have said time and again that if the U.S. decides to go back to its international commitments and lift all the illegal sanctions against Iran, we will go back to the full implementation of [the deal],” he said, referring to earlier statements from the likes of Iran’s Foreign Minister Mohammad Javad Zarif.

Zarif has spent roughly two weeks outlining plans whereby the regime would resume compliance with the various provisions of the Joint Comprehensive Plan of Action that it has “publicly” violated since 2018. Those violations include the acquisition of larger stockpiles of nuclear material and the resumption of 20 percent enrichment of uranium. Even more recently, Tehran informed the International Atomic Energy Agency of plans to begin work on the production of uranium metal, which is an essential component in the core of a nuclear weapon.

These violations have persisted for more than two years despite the fact that the five other signatories of the JCPOA – the United Kingdom, France, Germany, Russia, and China – remained steadfastly committed to it while also offering the Iranian regime a high degree of leeway.

When Tehran formally abandoned compliance with all of the agreement’s restrictions at the beginning of 2020, the three European signatories technically triggered a dispute resolution mechanism that could have led to the automatic re-imposition of the UN sanctions that were suspended under the deal. But soon thereafter, the EU’s foreign policy chief Josep Borrell signaled that the EU would be willing to draw out the process indefinitely, thus continue appeasing the regime in Tehran despite its violation of the JCPOA.

The regime now intends to exploit the political situation in the West and fish from troubled waters by resorting to nuclear extortion.

Yet, the new US administration has consistently made the case that the regime must reverse its violations before receiving relief from the sanctions that were re-imposed or newly. The US administration has also suggested that these steps should lead toward new negotiations, with the goal of addressing concerns over the regime’s non-nuclear issues such as Iran’s missile development and its support for regional militant groups.

Zarif and other leading regime officials have explicitly rejected both of these proposals and have seemingly initiated a game of chicken, leaving the international community to wonder which side will blink first. Unfortunately, many European policymakers have seemingly been urging the Biden administration to give up its leverage and provide Tehran with the concessions it has demanded, in exchange for nothing other a vague promise of renewed compliance.

The EU’s false notion is that the re-imposition of US sanctions was the catalyst for Iran’s violations and therefore the sanctions must be removed as a first step toward returning to the status quo. But, Iran’s violations have only confirmed that the status quo holds little to no value. After all, the regime was able to follow through quite quickly on each of its successive threats. This suggests that the restrictions imposed on the regime’s nuclear program were so weak and full of loopholes that Iran’s regime could have overcome them at any time, even if the US was still a party to the JCPOA.

What’s more, now that the regime in Tehran has tested its ability to quickly violate the provisions of the deal, giving the regime relief from economic sanctions would only incentivize it to do so again in the future, whenever leading authorities decide it is in their interest to demand new concessions.

European policymakers don’t seem to appreciate this, but the US administration’s position on sanctions relief indicates that it might. Now the European Union should also put pressure on the regime instead of encouraging it to further endangering global security.

The EU leaders must not reward Tehran for its provocative gestures, especially in light of the fact that over the past two and a half years, those gestures have not been limited to the nuclear file.

The EU leaders should pay attention to the Iranian regime’s ballistic missile tests, its hostage-taking and tanker seizures, its support for terrorist proxies, and its direct efforts to carry out terrorist acts on Western soil.

In the coming week, a Belgian federal court will return a verdict in the terrorist case against Assadollah Assadi, a high-ranking Iran’s diplomat-terrorist who was masterminding a plot to set of explosives at an international rally for democracy in Iran, organized by the National Council of Resistance of Iran (NCRI).

He is the first such diplomat to actually face charges for such activity, although many others have been credibly participated in terrorist acts. Assadi’s conviction promises to be a major setback for the regime’s systematic terrorism.

Prosecutors in the Assadi case have repeatedly emphasized that he was not operating as a rogue operative when he smuggled explosives into Europe and handed them off to two co-conspirators. Rather, he was operating on direct orders from high-ranking Iranian officials, who must face their own consequences for the threat against an event that was attended by hundreds of political dignitaries from all across Europe and the rest of the world.

Sanctions relief would be a boon to those same Iranian officials, and it would leave them with a renewed sense of impunity surrounding their efforts to intimidate Western governments into granting them the concessions they’ve demanded. A prison sentence for a single diplomat-terrorist alone would do nothing to counteract that message. If anything, it would convince the mullahs that they are free to threaten and cajole, secure in the knowledge that an occasional scapegoat will be sufficient to defuse Western pressure when they are caught in their malign activities. The danger of that arrangement cannot be understated. In the short term, the regime will surely exploit it to promote new terrorist threats. And just as surely, over the long term, it will use it to inch its way to nuclear weapons capability.

To prevent this, as the Iranian Resistance has announced for years, the EU leaders should exercise a firm policy toward the regime by imposing sanctions on it for its malign activities and shutting down mullahs’ embassies for spreading terrorism.

These actions will certainly contain the Iranian regime’s threats to the global peace and security.