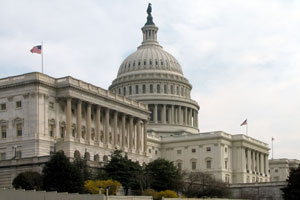 The United States Senate began debating legislation on Tuesday that would empower Congress to review or reject any nuclear deal between the US and Iran.

The law would block President Barack Obama from waiving sanctions against the Iranian regime for 60 days while lawmakers rule on the issue, and it would state that if senators disapprove the deal, Obama would lose authority to waive certain economic penalties — an event that would certainly prompt a presidential veto.

However the bill approved by the Senate Foreign Relations Committee has still gained the tacit approval of Obama, while its supports recognize that politically driven amendments could undermine Democratic support and sink the carefully crafted measure.

Proposed additions to the bill also include a demand that Iran release any US citizens it is holding and refrain from any cooperation with nuclear-armed North Korea.

It also insists that any agreement be treated as an international treaty, requiring two-thirds ratification by the Senate.

Another set of amendments would block any sanctions relief for Iran until it meets goals the US set years ago as negotiating stances and has long since abandoned.

The debate comes after US Secretary of State John Kerry and the Iranian regime’s Foreign Minister Mohammad Javad Zarif met in New York on Monday for the first time since April 2, when a framework agreement was reached.

They now have just over two months to meet their own June 30 deadline for a comprehensive accord.

Mr Kerry had already told a United Nations conference on nuclear non-proliferation that a deal would make the world a safer place, adding: “I want you to know the hard work is far from over and some key issues remain unresolved. But we are in fact closer than ever to the good comprehensive deal that we have been seeking. And if we can get there, the entire world will be safer.”

Meanwhile Republican presidential candidates are lining up to oppose any deal with Iran, which the US considers the world’s leading state sponsor of terrorism, and to show their support for Israel.

Senator Ted Cruz of Texas hopes to put the onus on advocates to win congressional approval of a deal, and not on opponents to gather enough votes for rejection.

The bill is named after its primary sponsors, Senators Bob Corker (R-Tenn), the Senate Foreign Relations Committee chair, and Senator Robert Menendez (D-N.J.), and is co-sponsored by more than 60 fellow senators.

But some senators, including Blunt, think it’s too weak, and they want to amend it. Democrats, lead by Minority Leader, Sen. Harry Reid, D-Nev., are trying to stave off any amendments they say would invoke a veto or undercut the bipartisan support.

Republicans now face the stark choice of passing a bill that gives them some authority over the final offer, or pushing for an amended, tougher bill with a higher bar of approval.