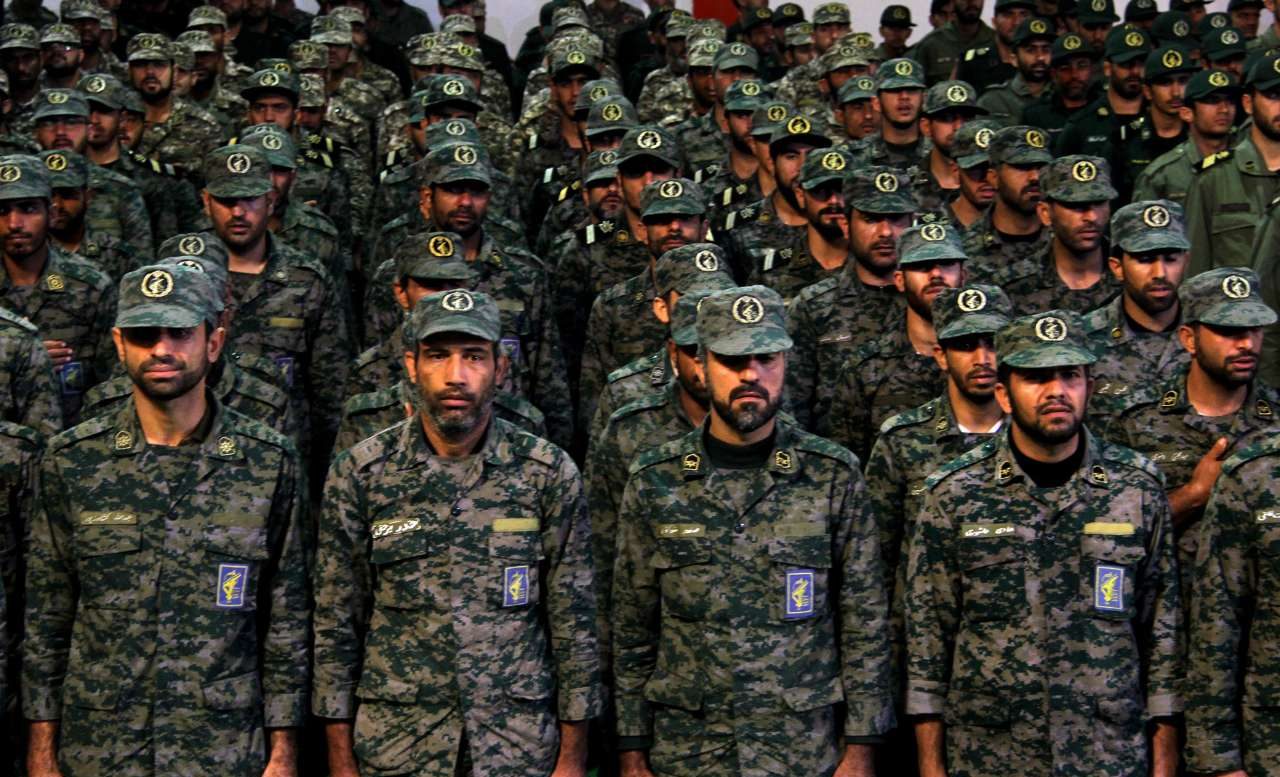 Thus far, the White House has been reluctant to accept the Iranian regime’s demand that it remove the Islamic Revolutionary Guard Corps from the State Department’s list of foreign terrorist organizations, as a condition for re-implementing the 2015 Iran nuclear deal. Negotiations to restore mutual compliance with the Joint Comprehensive Plan of Action began over a year ago in Vienna but have hit several roadblocks, with the latest and ostensibly the last being Iran’s refusal to back down from its ultimatum regarding the IRGC.

In the face of that Iranian obstinance, various American lawmakers and political commentators have expressed concern that the administration of US President Joe Biden would blink first and agree to additional concessions, rather than allow the JCPOA to collapse once and for all. The administration initially professed to be pursuing a “longer and stronger” nuclear deal in the Vienna talks, but this goal has apparently fallen by the wayside as Tehran has explicitly refused to negotiate over anything other than a return to sanctions relief in line with the original terms of the 2015 agreement.

Multiple Republican members of Congress, as well as some US allies in the Middle East region, have lately criticized the White House for moving, instead, in the direction of an agreement that is “shorter and weaker”. Although Republicans are nearly unanimous in their opposition to the emerging agreement, the JPCOA was never especially popular among Democrats, either. Four Democratic senators voted for a resolution of disapproval when the original agreement was concluded, and the JCPOA ultimately moved forward based on procedural rules, despite majority opposition from lawmakers.

That skepticism, along with outright opposition to a new Iran deal, seems to have grown by a significant margin since it became clear that an agreement in Vienna would be unlikely as long as the IRGC remained on the US terror list. Whereas on February, 33 Republican lawmakers signed a letter reminding President Biden of his responsibility to send a new agreement for congressional review, another letter on March 14 was signed by all but one of the 50 sitting Republican senators and featured much stronger language. It declared that “if the administration agrees to a deal” that doesn’t conclusively halt Iran’s progress toward a nuclear weapon while also addressing the regime’s regional interventionism, ballistic missile development, and so on, then “Republicans will do everything in our power to reverse it.”

Even that letter seemed to take it for granted that the Republicans in question would be acting in opposition to all or most of their Democratic colleagues. But this assumption had been undermined in advance when, on March 10, eleven House Democrats joined with ten Republicans to express misgivings over the trajectory of nuclear negotiations and to present the Biden administration with 16 questions about the prospective agreement, including whether the IRGC would remain on the State Department’s terror list.

The conference coincided with a Senate Armed Services Committee hearing which provided additional context for bipartisan opposition to the delisting. In it, Defense Secretary Lloyd Austin and chairman of the Joint Chiefs of Staff General Mark Milley both affirmed the terrorist aims and practices of the IRGC and especially its foreign special operations division, the Quds Force. That entity is notorious for its role in a range of conflicts in the region, including the civil wars in Syria and Yemen, as well as for supporting and promoting terrorist groups like Hezbollah in Lebanon and the so-called Popular Mobilization Units in Iraq.

In an earlier hearing on March 15, General Frank McKenzie, the head of US Central Command, declared the IRGC the “greatest daily threat to regional security and stability.” The following day, Ohio Representative Mike Turner, the ranking Republican on the House Intelligence Committee, repeated this description and said, “News that the Biden Administration is considering removing the IRGC from the Foreign Terrorist Organizations list is unsettling. We must remain vigilant in protecting our nation and allies, like Israel, from growing and potential threats. This certainly will not be accomplished by stripping the IRGC of this designation and could impact the ability of our government to stop bad actors.”

So far, 20 Democratic lawmakers have expressed some willingness to work with Republicans to achieve that end. It stands to reason that others may be similarly willing, even if they have not made that fact publicly known. It is also possible that some have expressed their concerns privately to colleagues in both parties. Indeed, this was implied in remarks by Michael McCaul, ranking member of the House Foreign Affairs Committee, when he and 14 other Republicans held a separate news conference on the same day as Gottheimer and other Democrats.

“If I’m doing a whip count, I see a lot of Democrats that are with us,” McCaul said, noting that only 218 of the House’s 435 members must support a “motion to discharge” to circumvent the body’s partisan leadership and force a floor vote on a resolution opposing whatever agreement the White House may strike with Iran.

But with the Vienna talks still on indefinite pause, it seems increasingly uncertain whether any agreement will be struck in the first place. McCaul described the prospective IRGC delisting as a “poison pill” that could kill the already tentative Democratic support for a deal. The White House is no doubt aware of this assessment and may have even come to the same conclusion in the wake of recent statements of concern. The administration has made no new public indications of its willingness to consider delisting and has even imposed new sanctions on entities with ties to the IRGC’s ballistic missile program.

On March 22, Rep. Scott Franklin (R-Florida) and 86 of other House Republicans wrote a letter to Secretary Blinken, objecting to lifting the Foreign Terrorist Organization designation of the Islamic Revolutionary Guards Corps. The lifting is feared to be part of a deal concluding the Vienna negotiations over Iran’s nuclear program.

On April 6, 2022, Democratic Congressman Josh Gottheimer from New Jersey issued a joint release, announcing that “18 Democratic Members of Congress joined together to raise critical concerns about the looming Iran deal. Reports indicate that the U.S. has reached the last phase of the Vienna negotiations with Iran — the world’s leading state-sponsor of terror.”

If anything can be said about the new terms set by the Iranian regime on the negotiating table in Vienna, Tehran is morally and politically testing the waters in Washington. Jeopardizing the fate of the entirety of the JCPOA by asking the Biden administration to withdraw its judgment about whether killing Americans and US allies in the Middle East is or is not terrorism because otherwise, Tehran is going to retaliate with nuclear terrorism, the outcome is sending a message to the regime and other authoritarian aggressors in the world.

Therefore, caving in with the hopes that this regime would eventually adhere to its commitments, is dangerously naïve and underestimated, and fortunately, this understanding is increasingly growing bipartisan.

Previous articleIran: Call for Investigation Into Death in Homayunshahr Prison of a Protester Detained 2018
Next articleIran: State Media Warns of MEK’s Increasing Activities