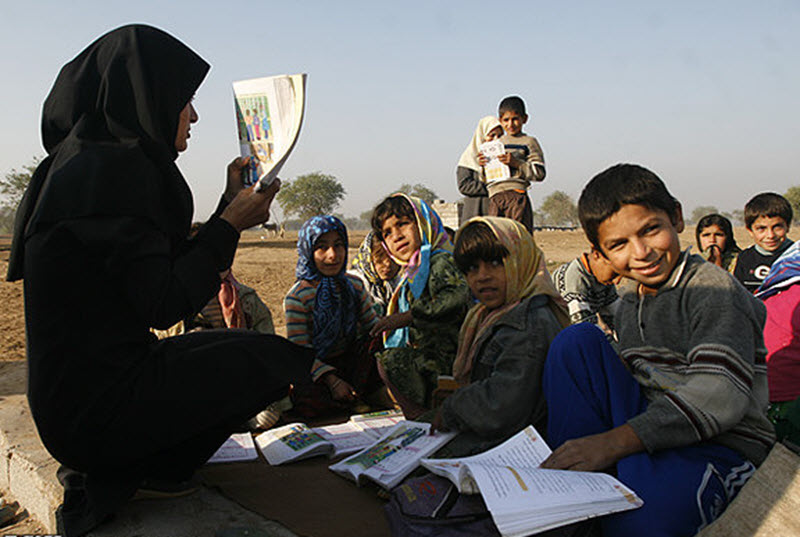 Iran’s education system is going to be faced with an imminent crisis and shortage of workforce in coming years as the retirees are not replaced with adequate new personnel.

“The crisis will pass its tolerance threshold level in fall this year,” says Esfandiar Chaharband, head of the Education Department’s Human Resource Planning and IT Center.

Chaharband says that 50,000 new personnel should replace the education system’s retirees each year, underlining that “based on our estimates, there’s going to be a 300,000 personnel shortage this coming fall.” (State-run ISNA news agency, June 13, 2018)

In an article titled “severe teacher shortage will bring the country’s education to its knees in 2020”, state-run Tasnim news agency on April 28, 2018, quotes Esfandiar Chaharbandi as saying “with regard to improving teachers’ living situation all you hear is rhetoric, while strengthening the country’s education system depends on increasing the quality of teachers’ personal and professional lives, and that’s not going to happen with empty words.”

Chaharband, too, acknowledges that the education system will be faced with a 300,000 personnel shortage this fall.

In an earlier article titled “increased retirements and workforce shortage in Education Department”, the same newspaper on April 8, 2018, quotes Rouhani government’s Education Minister ‘Mohammad Bathayee’ as saying “we’re going to be faced with a severe shortage of workforce this year as there’s an increasing number of personnel who are about to be retired.”

The personnel shortage issue in the country’s education system is so severe that state media refer to it with such terms like ‘the tsunami of workforce shortage’ as well as ‘the tsunami of teachers’ retirement’.

The fact, however, is that it’s not the workforce shortage alone that the country’s education system is suffering from, but there’s a crisis in each and every part of the system, including the crisis of poor quality training in high schools and vocational schools.

“While 75 percent of education in developed countries is skill oriented and only 25 percent is theoretical, Iran’s high-school and university education method is quite the opposite,” says former Deputy Education Minister ‘Ebrahim Sahsrkhiz’, adding “the third generation of our universities has to be job-creating and skill-oriented. But that’s not going to happen as there’s a personnel shortage in vocational schools and most of such schools suffer poor workshop equipments.”(State-run Tasnim news agency, April 8, 2018)

Shortages of educational spaces and schools as well as dilapidated educational buildings are among other crises the country’s education system is faced with.

In the capital Tehran, that’s supposed to have the highest quality of education system, there are dilapidated schools that are going to collapse even with a strong wind.

“With regard to educational spaces, the capital is ranked among the country’s poorest, as there are 700 schools in the city of Tehran that will be collapsed in a storm,” writes state-run Javan newspaper on December 7, 2017, quoting head of Tehran Education Department. “After the figure was released, the officials claimed that the dilapidated schools had previously been listed as out of service by the Education Department, but they couldn’t be destroyed and rebuilt due to lack of financial resources,” the newspaper adds.

Students in Iranian schools are subject to different fatal threats, including ceiling or wall collapse, severe injuries and smoke inhalation due to heater leakage, all of which point to the education system’s critical state.

Despite all this and while education system in all countries across the world is of utmost importance, the regime reduces the Education Ministry’s budget year after year to fund its oppressive forces, killing the people in regional countries like Syria, and its so-called cultural entities.