Iran: Breaking the Taboo of Khamenei and His Leadership 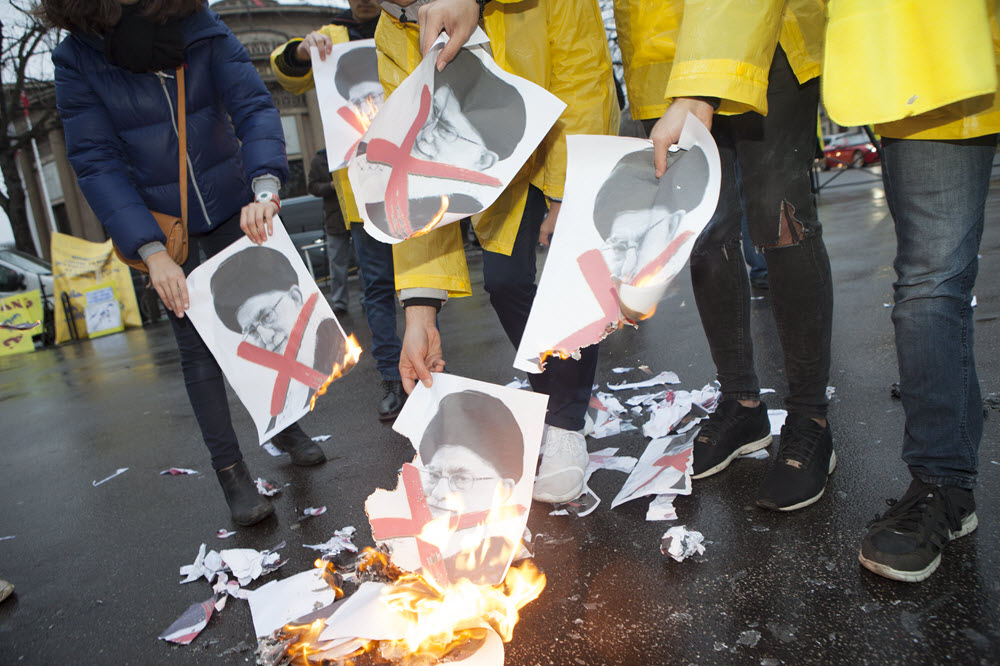 Written by Mahmoud Hakamian on 09 September 2018.

With the ongoing conflicts and struggles within the regime, the position of Iran’s Supreme Leader Ali Khamenei is being significantly questioned.

The highly corrupt regime figures are not making things any easier for Khamenei because with their mismanagement, people are only getting more and more furious!

Interestingly, Khamenei himself is now the target of unprecedented attacks from internal parties, who deem him as the main cause of the witnessed unrest, and subsequently, question his capability as the leader.

A blow to Khamenei’s taboo

In a recent letter (published on September 2nd, on various domestic and foreign media outlets, as well as on several reformist websites), the former head of parliament, Mehdi Karoubi, explicitly confronted the mismanagement of Khamenei, describing the country as having been pushed back to the pre-constitution Qajar dynasty era:

Karoubi, who has been house-arrested since 2009, adds: “The Supreme Leader must be confronted for the interference of the Revolutionary Guards, Basij, and the Police Force, in the sales of oil and in financial matters”.

The breakage of Khamenei’s taboo is so significant that a senior member of Mojahedine Enghelabe Eslami (an organization fabricated by regime to counter MEK) says (in an article published by a state-run website on September 2nd, 2018): “The call for Khamenei’s dismissal from power, must turn into a more official form of request, from all political, civic, and cultural activists! Just like was the case with Ben Ali in Tunisia”.

He also comments about Rouhani: “Like all former heads of our republic, he (Rouhani) too has turned into a supporter of tyranny, claiming the same things that Khamenei and other officials, such as those in the Revolutionary Guards do”
In a recent interview with ILNA (September 3rd, 2018), Hossein Marashi from the reformist group admits to the fire that’s burning Iran’s economy, and its fuelling by some figures. He also questions the ‘high-ranking government officials”, asking: “Why the high-ranking government officials never made a clear decision regarding the nuclear deal challenge, after the withdrawal of the United States? Why we spent so much on the deal and specified so many conditions for Europe when we didn’t want to exit the deal? Why was there a lack of cooperation in this area?”

Khamenei hit by a wave of questions

Many regime authorities are after a magic formula for survival these days.

Up until recently, 2 groups of people were discussing the ongoing crises and protests.

One group being Khamenei’s supporters who believe that all issues stem from American influencers and that the main solution is to increase the resistance of economy.

Another group consist of Rouhani’s supporters who deem the current issues as a mental war between opposing forces within the government.

A third group has recently formed, which is increasing in number by the day; which considers Khamenei himself as the root of all issues, and considers the solution being in making improvements in his leadership.

A reformist named Mostafa Taj-Zadeh, once theorised that Iranian people are after a monarchy similar to that of England, where the royals are there purely for formality, with no ability to actually interfere in serious matters.

Such theories are aimed at brainwashing people that there is room for improving vilayet-e-faqih, in an attempt to maintain it for longer! They want to keep Khamenei as the leader, whilst only making slight improvements and restricting some of his political powers. Like the former president Khatami once said, if improvements don’t take place, the entire regime could be jeopardised.