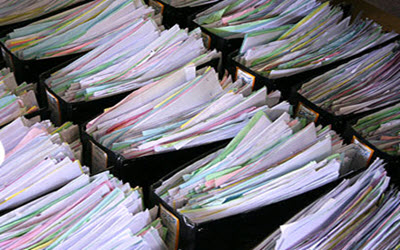 NCRI – Member of Iranian regime’s parliament ‘Mohammad Javad Fathi’ has acknowledged that there are 15 million records in regime’s judiciary.

In his parliamentary speech on Monday January 6, Fathi said that “it’s really a shame that in the lands of the unbelievers (Western countries), prisons are closed each year and their courthouses become smaller whereas here in the ‘House of Islam’ we’ve acted in such a way that the number of our judicial cases has reached 15 million.”

He pointed to India which, considering its population, has only four million judicial records. “Where are we heading, with more than 15 million cases in the judiciary?”, he said.

Regime’s member of parliament stated that it’s quite clear how the world is preventing crimes and dealing with social harms. “We can’t prevent crimes by enlarging our judicial organizations and increasing the number of our prisons”, he added.

“If we are to set up 40,000 square meters of new courthouses each year, then let’s pass a law that from now on buildings on every street turn into courthouses. This is really a disgrace for a regime that claims to be a religious state.” Said Fathi.

Also another member of regime’s parliament ‘Ghasem Ahmadi Lashaki’ questioned in a clash of rival bands the performance of regime’s judiciary and said that “it’s a shame for any country to have a large judiciary. This is a disgrace, the fact that we are going to enlarge our judiciary this much. “

On assigning 40,000 square meters to regime’s judiciary, Ahmadi said that “why are we going to allow the judiciary to build 40,000 square meters of new buildings each year? Are we going to put 80 million people in jail? Judiciary’s inefficiency should be sought elsewhere. There’s a school in my electorate whose students study at sheds and shelters.”