Iran: 200,000 Children Under the Age of 6 Suffering From Malnutrition 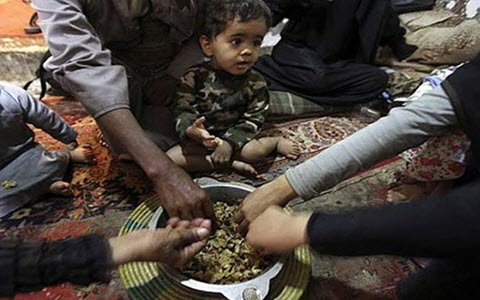 NCRI – An official in the so-called Khomeini Relief Fund on May 31st said 200,000 children Iran under the age of 6 are suffering from malnutrition.
“50% of these children have been identified due to poverty and malnutrition,” said Jafar Rahimi, Director of Hygiene, Treatment and Insurance Affairs.

This report has been published while last summer Deputy Health Minister Ali Akbar Sayari said over 25 million Iranians lack even “bread to eat, and these statistics are confirmed by the Ministry of Welfare.”

Parviz Fattah, head of the so-called Khomeini Relief Fund had also said on February 25th that “11 million people of Iran” are living in poverty.

According to the 2017 Wage Committee, the family basket of a 3½ -person labor is valued at 2.48 million tomans (around $700), whereas the minimum wage for a worker is currently ranked at 930,000 ($265). Months pass in many cases and workers do not receive their paychecks.

Previous articleIran : Threats to Eliminate Rouhani
Next articleIran’s Ambassadors Must Be Expelled From All States & Int’l Organizations