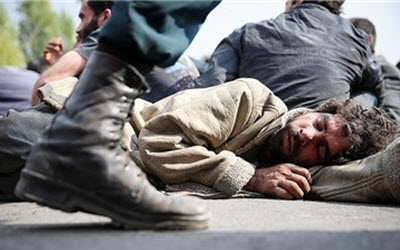 “One of the Investment Bank offenses is issuing guarantees worth millions of dollars apparently for homeless such that 38 guarantees worth of 500 billion Tomans ($15.5 million dollars) has been issued to front companies and homeless people as the shareholders,” Dowlatâbâdi said.
Tehran’s prosecutor also revealed financial corruption of the regime officials plundering 8000 billion Tomans ($24.8 billion dollars) of the Teachers and Educators Reserve Fund.

According to Dowlatâbâdi, government officials plundered the fund by loaning half of it to only 10 people and by unrealistic assessment and illegal acquisition of properties. He said: “Of the $24.8 billion dollars Investment Bank’s loan, 10 people received $12.4 billion dollars and also former managers of Investment Bank, in their appraisal, assessed some properties fourteen times their actual price and possessed them.”