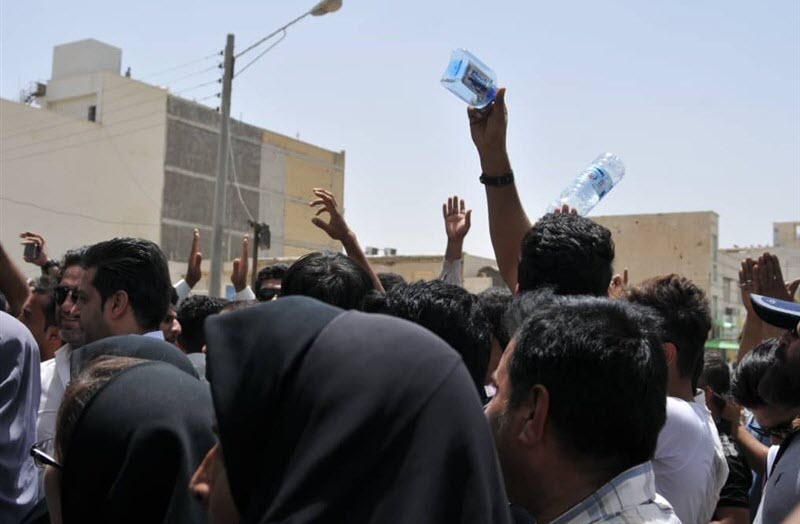 For Iranian people, the name of Khuzestan province has always been synonymous with a fertile plain with rich soil that hosts cordial people living on a sea of wealth.

Under the ruling of the mullahs’ regime, however, the same fertile land has now turned into an area in which people lack their most basic need, the drinking water.

Attributing Khuzestan’s water scarcity and its highly saline water to Revolutionary Guards’ plundering and aggression on the province’s water resources, it’s been quite a while that people in the province have been increasingly protesting against the IRGC and their affiliated mafia bands.

While Khuzestan has historically been among Iran’s water-rich provinces, the situation has now changed, in such a way that people in the province have now raised their voices against the regime as being responsible for Khuzestan’s water crisis. 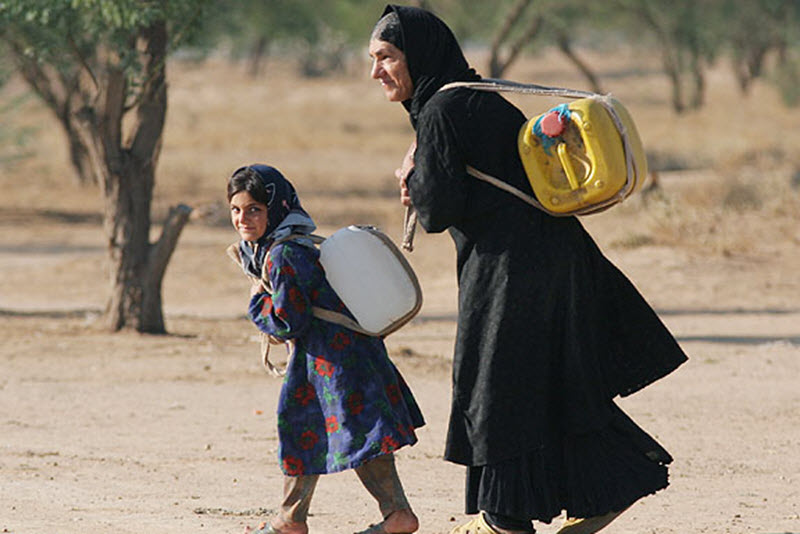 Khuzestan’s water problems actually started during Hashemi Rafsanjani’s term in office about 25-30 years ago, when regime’s predatory bands moved forward with projects to transfer Khuzestan’s water, apparently to other provinces that were low on water resources, but actually to make astronomical profits in the process.

At the end of the Iran-Iraq war in 1988, regime’s Revolutionary Guards also entered the province, launching projects that more than ever revealed regime’s hostility towards Iranian people and led to numerous problems in the province, including its water crisis.

Among the Revolutionary Guards’ projects was the one that aimed to transfer Karun River’s water to the city of Rafsanjan in Kerman Province, for which they built Gotvand Dam around 2000.

Another project involved draining the Hoorolazim wetland—Hawizeh Marshes—to facilitate exploiting oil fields in the area. That however led to the province’s dust storms and made it difficult for people in the area to breathe.

As the main source of water for the two cities of Khoramshahr and Abadan, Bahmanshir River’s water is now so saline and of low quality that the cities’ residents are under pressure due to water restrictions. Besides, the highly salinated water will hurt the farmlands in the area.

Due to all the above mentioned problems, Kuzestan’s water crisis has reached a critical stage, with people continuously raising their voice against the regime.

People in Khoramshar and Abadan are protesting about the highly salinated water crisis. On June 20, 2018, people in Ahvaz discovered and destroyed the province’s water transfer pipelines. There have also been numerous protests in Ahvaz over the past ten days.

The anti-regime protests in Khuzestan has become so prevalent that one of regime’s MPs on June 13, 2018, acknowledged that “with 900 protests in the course of a year, Khuzestan is the country’s number one province in this regard.”

The protests in Khuzestan are so widespread that regime’s governor in the province has resorted to a trick, ordering that water usage during the two months of June and July to be free of charge.

That’s quite clear that the tactical withdrawal is only aimed at silencing people’s protests in Khuzestan. But that’s a stupid trick, as exempting the cities’ deprived and thirsty people from paying their two-month water bills is not going to be of any use for them, nor will it bring desalinated water back to the rivers.

So, along with other parts of Iran, Khuzestan is not going to stop raising its voice against the regime until it’s eventually overthrown.