Iran ranking first in the world in brain drain 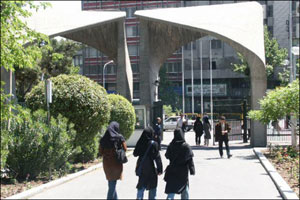 NCRI – Iran under the rule of clerical dictatorship ranks first in brain drain in the world with nearly 25% of educated Iranians are currently living in developed countries, according to a report published in a state-run daily.

Iran is a country of over 73 million with 50% of the population 18 to 45 years old. This country has 4.5 million university students who are studying in 119 universities and over 1400 other institutions.

According to Reuters, names of twenty-four Iranian professors are among the list of 3,200 prominent scientists of the world.

Of these, ten are inside the country, twelve are in the U.S., one is in Canada, and one in Britain. Moreover, there are twelve-thousand prominent Iranians who are living outside the country.

The state-run Sharq Daily reports: “Due to inexpert policies, Iran ranks first in brain drain in the world. Around 25% of educated Iranians are currently living in developed countries.”

According to the International Monetary Fund (IMF) statistics, there are 150 to 180 thousand educated Iranians who annually attempt to leave the country and that among 91 underdevelopment or undeveloped countries, Iran ranks first in brain drain.

The annual departure of 150 to 180 thousand highly-educated Iranians from the country is equivalent to 150 billion dollars leaving the country every year. Despite the fact that the rate of growth of the Gross National Product (GNP) for the country has been negative in 2013, the country has ranked first in the export of human wealth in the world!

According to official statistics, those recently graduated count for 15% of those who leave the country.

IMF adds there are presently over 250,000 Iranian engineers and physicians and over 170,000 highly-educated Iranians who are living in the U.S.
The IMF report goes on to say that over 15% of Iran’s human resources immigrate to U.S. while 25% go to OECD (Organization for Economic Cooperation and Development) member states in Europe.