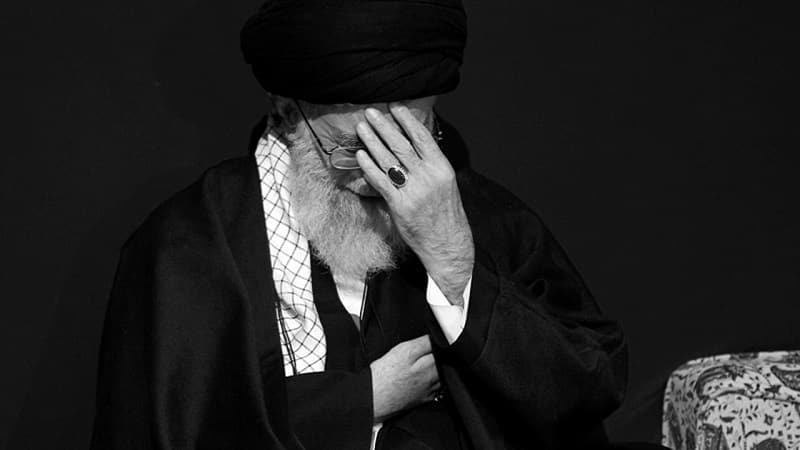 The regime in Iran goes through a most critical situation in its 40 years of the reign of terror and oppression.

The regime will hold its sham Iran presidential elections on June 18. On Sunday, the mullahs’ Supreme Leader, Ali Khamenei, called these elections “an important opportunity.” But as the election date approaches, the regime’s infightings increase.

Last week, a leaked audiotape of the regime’s Foreign Minister Mohammad Javad Zarif increased the factional feuds. The regime’s infightings reached a point that Ali Rabie, the government’s spokesperson on Saturday, warned of “destructive bipolar” in society, speaking of “accusations of spying.” Finally, Khamenei rushed to the scene and attacked the rival faction and Zarif, trying to have more share of power.

“Unaware of the severity and danger of the tsunami, people witnessed the destruction of their city from a height. When the waves approached, they suddenly realized the real danger and fled, but it was too late. The dimensions of the election waves will soon become clear to everyone. Let us all avoid a political tsunami,” wrote the state-run Etemad daily on April 27 in this regard.

The regime’s increasing factional feuds are the reflex of Iran’s restive society. People are grappling with the worsening Covid-19 outbreak due to the regime’s policy. They are being crushed under economic problems and struggle to make ends meet while the regime spends billions of dollars on terrorism and nuclear program. People also witness billions of dollars of their assets being plundered by regime officials and lost in the black hole of corruption.

Thus, Iran’s society is on the verge of an explosion. “80% of people are below the poverty line. Currently, our country has become bipolar, and these dipoles will lead to social collapse,” the state-run Eghtesad-e Pouya daily on Sunday quoted one of the regime’s sociologists, Ahmad Bokharaie. He warned officials of another uprising, calling it “a social collapse.”

The rising trend of protests in the last four months and their rapid spread across Iran, with people chanting that “we will not rest until we get our rights,” are signs of Iran’s explosive society and foretell another uprising. In his speech on Sunday, Khamenei warned of “the great sedition,” calling society’s explosive state “the bedrock of security breaches,” and warned his regime’s officials.

The Iranian Resistance activities have increased simultaneously with the regime’s gradual collapse. According to the state-run Bulletin News on Saturday, the daily activities of “people and youth, from protests and strikes to writing graffiti, torching [regime’s] symbols, and hanging banners of [Resistance Leaders] Massoud and Maryam Rajavi,” have frustrated the regime.

“The way youths are under intellectual invasion by the enemy, and it is unprecedented in our system,” he said on Sunday.

In a nutshell, the regime is entangled in crises and has no way out.