Editorial:‌ Tsunami of Poverty in Iran

Over the past 6 months, the value of Rial has halved that of various foreign currencies.

A regime’s official warns about an upcoming critical point in social circumstances, in the next several months: “in the second half of the year, we will be reaching a new wave of inflation, which will lead to an even lower purchasing power, and consequently, a much poorer welfare of our citizens; our country’s poverty will exacerbate dramatically”.

According to Entekhab news (August 14th 2018) the Chairman of Tehran’s Council has spoken in a meeting, of “super challenges” and their “damages to urban management and society”, which mostly revolve around unemployment and poverty.

He describes that: “society will be mainly damaged by poverty; according to our estimates, one-third of our people are currently below the poverty line, with around one-tenth below absolute poverty”.

Hashemi also points out to the government’s difficulty in providing the necessary budget for “handling the mentioned wave of inflation”, and emphasises on the fact that “the quick and careless formation of policies” is what’s led to the inflation in the first place; i.e., a fall in national currency value as well as income; and reiterates that the current approaches of improvement are very limited and ineffective.

According to Hashemi, “poverty is bearing down on Iran’s society like a Tsunami” and that one of the biggest concerns at the moment, is how government officials are planning to face the relevant “super-challenges”.

Hashemi describes how the “snowball of social damages” began long time ago, and that given the critical point in time now, authorities and citizens must quit waiting and start taking the necessary measures to “stop the super challenges from growing out of control”. 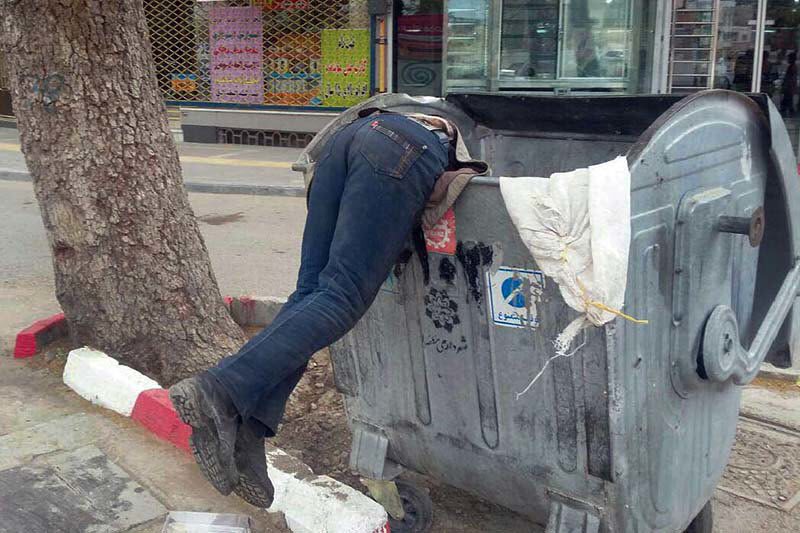 According to the calculations of the Labour Party, the purchasing power of Iranian workers dropped by more than 48% in early June (compared with March).

The Head of the Workers Union of Chadormalu Mining and Industrial Company, Akbar Alipour, has reportedly stated (ILNA, August 14th 2018) that: “even if disregarding our estimations, we can still see very clearly how income levels, and subsequently people’s welfare, have dropped”.

He believes that taking into account this year’s monthly income levels, we can see how insufficient they are for just one week’s worth of expenses in a three-membered family.

In criticism of people’s unfit living conditions, Alipour explains: “it is predicted that if the government does not properly reconsider this year’s income levels, many families will be falling apart; especially given the desperation many people including workers, are already experiencing now”.

He reiterates the importance of workers’ income, and that if not taken seriously, there will be “horrible consequences for 60 million people”; he also emphasises that “there has never been a time in history, where workers have been on the verge of absolute hunger like now”.

From March till now, many protests have been witnessed across various cities of Iran, which have mainly targeted inflation and unemployment; which according to Ali Khamenei’s own confessions on August13th, have internal rather than external causes.