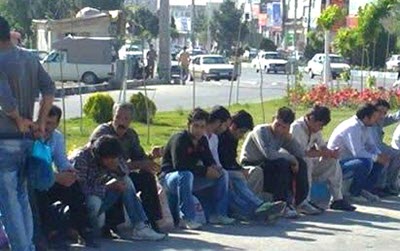 NCRI – The Iranian regime’s heavy unemployment crisis has been acknowledged by Vatan-e-Emrouz, a newspaper close to Khamenei’s band.

Pointing to a double-digit unemployment rate in 24 provinces across Iran, the newspaper writes: “according to the Central Bank’s figures published by the Parliament’s Research Center, for every 2,395,000 jobs created over the past ten years, 1,124,000 jobs have been lost. This means that one out of two or half of the jobs created are lost.”

The newspaper continues: “this occurs at a time when, according to the same report, nearly eight million Iranians have reached the working age over the last decade, whereas only 1,300,000 of whom have been provided with a sustainable job.”

Vatan-e-Emrouz then quotes Kazem Farajollahi, referred to as an expert on the regime’s job market, as saying “I even doubt the authenticity of the two million or so jobs created. Thousands of jobs described as sustainable jobs in the official figures are actually pseudo-jobs with month-long contracts. Besides, thousands of jobs have been lost in our industry and manufacturing section due to the closure of our businesses, forcing thousands of university graduates to turn to non-productive jobs.”

The newspaper then points to the causes of unemployment in the Iranian regime and writes: “the government’s inability to create jobs for the youth due to the country’s economic downturn on one hand and the lack of appropriate policies and plans to absorb the educated workforce on the other, besides layoffs, closure of businesses and manufacturing units, have joined hands to increase the country’s unemployment rate more than ever.”