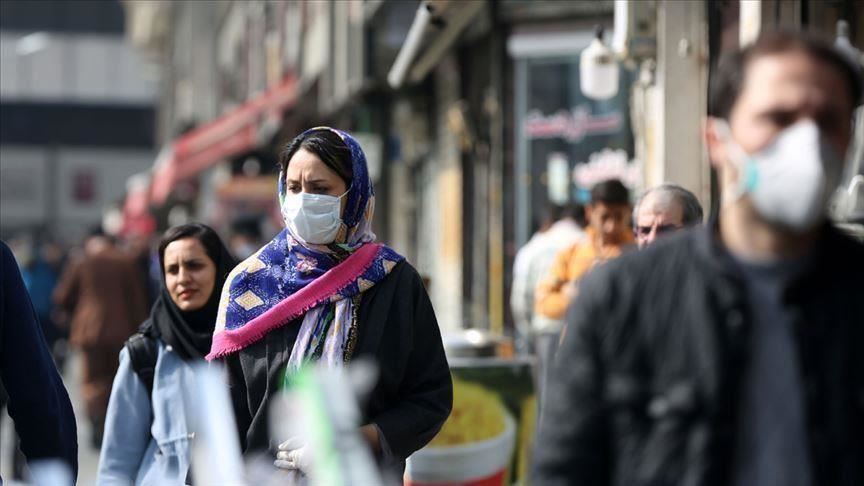 On Monday, Iran’s Health Ministry reported a 10-day high in its number of new coronavirus cases, plus 117 new deaths leading to an all-time total of 22,410. But even though these numbers seem to acknowledge that Iran’s public health crisis – the worst in the Middle East – is by no means under control, they still represent drastic under-reporting of the impact on the country’s population.

In terms of death toll, the reality of the situation appears to be nearly five times worse than the official estimate. And the number of overall cases is most likely several orders of magnitude greater than the roughly 389,000 the regime has reported. We know this, in the first place, because the figures released by the Health Ministry simply do not comport with the facts on the ground in the Islamic Republic, where there been practically no coordinated government response, and where rampant poverty makes the public far more vulnerable to sickness and death.

In a statement describing the current situation, Maryam Rajavi, the president of the National Council of Resistance of Iran (NCRI), explained, “Khamenei and the Revolutionary Guards do not spend even a fraction of the hundreds of billions of dollars they have plundered from the Iranian people to combat the Coronavirus.” The NCRI has previously issued a number of reports on the Revolutionary Guards’ financial empire and the assets under the direct control of the regime’s Supreme Leader Ali Khamenei, and it used these assessments to condemn the regime’s apparent disinterest in using available funds for the good of the Iranian people.

Iran’s coronavirus outbreak was already months old when the regime’s President Hassan Rouhani requested the release of a mere one billion dollars from the country’s sovereign wealth fund. Khamenei extended the delay for a few additional weeks before approving the fairly stingy measure. Of course, it did little good. And it is not even clear that the full amount was used for its intended purpose. The Health Ministry reports that it has only received about 350 million dollars since the start of the outbreak, and the NCRI noted on Monday that this only amounts to just over four dollars per person.

Practically no direct assistance, or even meaningful guidance, has been provided to those people by the government. Quite the contrary, the regime risked amplifying the spread of Covid-19 in the earliest days when it adopted a policy of systematic disinformation while prioritizing the economy over the lives of its citizens. The country did lockdown in March, albeit briefly and incompletely. But the limits on movement and social activity began to be lifted in early April, long before such measures were taken in surrounding countries with much lower rates of infection.

Iran acted more slowly than its neighbors despite apparently being the first country in the Middle East to be infected. In fact, there is solid evidence to suggest that community spread of the novel coronavirus started in Iran a full two months before the regime first acknowledged that the pandemic had so much as crossed the nation’s borders. This is unsurprising since Iranian regime has grown increasingly reliant on its relations with Russia and with China, where the illness was first recognized. Iran’s national airline, Mahan, even reportedly continued flights to and from China after the borders were technically closed, in a testament to the company’s frequent role as a tool of the roguish Islamic Revolutionary Guard Corps.

Tehran would have Iranian citizens believe that such carelessness activity didn’t pose a serious danger until the last week of February. Rouhani even went so far as to publicly congratulate himself and the regime by saying that they “did not delay even one day” before announcing on February 19 that the coronavirus had been recognized after killing two patients in Iran.

According to this narrative, it was just a coincidence that the outbreak waited until after national celebrations of the anniversary of the Iranian Revolution. But in March, the NCRI released documents from Iran’s National Emergency Organization that identified several domestic cases of coronavirus infection, thereby lending credence to the idea that Tehran had deliberately covered it up in order to avoid diminished turnout at events that supposedly demonstrate public support for the theocratic system.

More recently, a former member of the Health Ministry’s Coronavirus Combat Task Force informed media that the cover-up may have been even worse than that, with the first Iranian cases dating all the way back to December. At that time, the regime was still reeling from a nationwide uprising the month before, and officials may have decided that acknowledging another national crisis would make them too vulnerable. But of course, denying it would make the population far more vulnerable to a disease that spreads silently and often fatally through unprepared populations.

The lack of early information from the government and the lack of financial support for the people have prompted the NCRI to wonder aloud whether the regime had effectively made a disastrous outcome inevitable. But the organization’s statement on Monday also quoted Mrs. Rajavi as saying that the current situation “was entirely preventable.” The trouble is that that prevention would have required international intervention because it never could have been achieved by a notoriously self-serving regime.

On February 21, just two days after the regime acknowledged the presence of Covid-19, Mrs. Rajavi urged the World Health Organization to send supervisory and medical teams to the Islamic Republic to get ahead of the outbreak. Sadly, the international community didn’t seem to listen. Still more sadly, it doesn’t seem to be listening even now. To the extent that the media is reporting on Iran’s coronavirus outbreak, it does little more than repeat the official infection rates and death tolls being professed by Tehran. And in so doing, it propagates lies, even when there is some acknowledgment of skepticism about the veracity of Iran’s figures.

Why merely hint at official underreporting when the NCRI has been tracking the outbreak at least since February and has provided regular updates that quantify the scale of the regime’s deceptions? Why not at least acknowledge the latest update, which points to a tragic milestone for the Iranian people while also recapping all of the major missteps Tehran has taken to bring them to this point?

Drawing upon leaked hospital and morgue records, as well as eyewitness testimony from those who are willing to risk their lives by violating the regime’s gag order regarding the outbreak, the NCRI has determined that as of Monday, at least 100,000 Iranians have died from Covid-19. “[The] scale of the death toll is the immediate result of the criminal and inhuman policies pursued by Khamenei and Rouhani,” said Mrs. Rajavi before emphasizing that their regime is most likely on the verge of making things even worse.

Such statements strongly imply that there is every bit as urgent today as there was on February 21 for intervention by the WHO or other foreign health experts. If left to its own devices, Tehran will surely continue to withhold life-saving aid from its own people while urging them to go out and make money for their repressive government. And as it has been doing since the beginning, the regime will surely lie about the situation at every step.