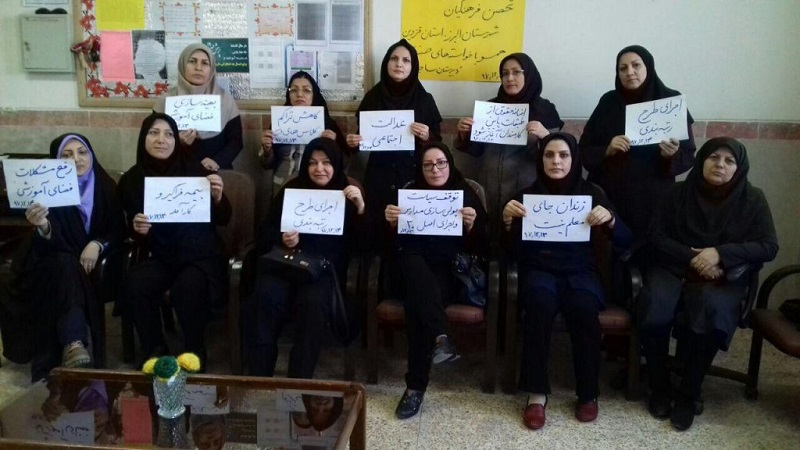 The new academic year has begun in Iran, but in the mullahs’ regime the main pillars of education, the : Court Of Appeals Upheld Upholds Prison Sentence For Jailed Teacher Mohammad Habibi
Court of Appeals upheld 10-and-a-half-year prison sentence for jailed teacher Mohammad Habibi.
During their coordinated nationwide protest against their low salaries and the low quality of education at schools, teachers further demanded the release of prominent trade unionist Ismail Abdi. . pic.twitter.com/OkVmixFF7T