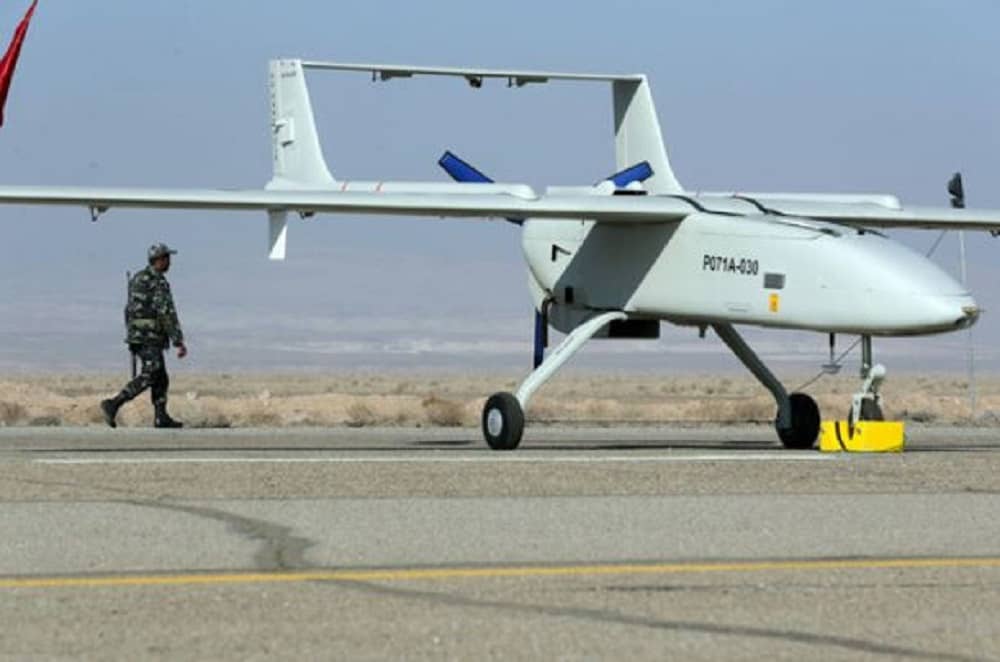 Between April and June, Iran-backed militants in Iraq launched at least six attacks using drones. Although no casualties were reported in any case, American officials responded by acknowledging the seriousness of the threat and stating that they were working to develop defenses against the small, low-flying unmanned aerial vehicles.

The recent proliferation of these technologies in Iraq and elsewhere reflects substantial investments by the Iranian regime and its hardline paramilitary, the Islamic Revolutionary Guard Corps. The nature of these investments and the organizational structure behind them were discussed in detail on Wednesday by officials from the National Council of Resistance of Iran, in a press conference at their US representative office in Washington.

The conference identified specific government institutions and private entities that are involved in various aspects of the regime’s drone manufacturing, testing, and operator training. It also featured satellite images showing key facilities where those entities operate. Details of those operations were provided by the People’s Mojahedin Organization of Iran (PMOI/MEK).

While work at some of the featured facilities reportedly dates back at least to 1995, one major complex at Semnan was reportedly established as recently as 2019, while several others underwent significant changes in personnel, organization, or mission around the same time. The NCRI’s findings point to an increase in the Iranian regime’s investment in drone technology and other aspects of the IRGC Aerospace Force during recent years.

Of course, such investments necessarily require that the Iranian regime redirect assets away from civilian projects and domestic spending at a time people of Iran are in dire need of assets to confront the pandemic. The NCRI made mention of the pandemic in the conclusion of a statement accompanying its press conference, citing the lack of meaningful government interventions as one of the effects of a strategy that prioritizes military development over virtually everything else.

Separately, the MEK has issued a number of reports on the effects of Covid-19 upon Iran. Whereas Iranian government authorities, currently report the country’s death toll from the novel coronavirus as just over 120,000, the MEK and NCRI place the figure at around 451,400. This estimate stems from leaked records from hospitals, morgues, and local authorities, as well as eyewitness statements and survey data from healthcare workers and professionals in other relevant industries.

More than 451,400 people have died of the novel #coronavirus in 547 cities checkered across all of Iran's 31 provinces, according to the Iranian opposition PMOI/MEK.

According to the regime’s critics, its undercount of infection and mortality rates reflects the persistent influence of early, official disinformation, plus an urgent impulse to cover up the severity of Tehran’s mismanagement of the situation. Some aspects of that mismanagement have been readily apparent, however, as when the regime’s Supreme Leader Ali Khamenei banned the import of American and European vaccines, leaving the country to rely on domestic alternatives and doses imported from elsewhere, despite them being less effective and less readily available.

“The regime is spending billions of dollars on its missiles and UAV programs while 80 percent of the Iranian people live under the poverty line and the budgets for health care, education, and other national requirements are abysmally lower than military expenditures,” the NCRI said in its statement on Wednesday. It went on to place a portion of the blame for this situation on Western policymakers, arguing that the easing of sanctions under the 2015 Iran nuclear deal provided little to no benefit for the Iranian people, but allowed the clerical regime to ramp up financing for drones, missiles, and other weapons “in order to export terrorism and warmongering in the region.”

The new category of operations, in Iraq and elsewhere, has been made possible not just through the smuggling of Iranian equipment and the sharing of Iranian technical knowledge, but also through Iranian efforts to train its proxies in the effective use of drones technology. As Iran compensates for budget limitations by remaining selective with that training, the apparent result is that small, specialized groups are emerging from within existing networks of terrorist proxies.

In the face of that threat, the NCRI argued on Wednesday, the US and its allies should fully isolate the Iranian regime and certainly avoid any financial dealings or easing of sanctions. “None of the sanctions against the regime should be lifted until it has stopped all its rogue behavior and intransigence in the region,” the coalition said before adding that Western policies should also aim to curtail the regime’s neglect, mistreatment, and repression of its own people.