Brussels Attacks: Iranian State Television claims Europeans ‘only have themselves to blame’ for terror attacks 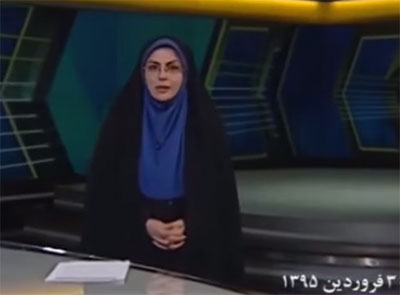 A Brussels-based NGO has condemned Iran’s regime for broadcasting “sarcastic” reports on its state television about the deadly terrorist attacks in the Belgian capital on 22 March.

The Alliance to Renew Cooperation among Humankind (ARCHumankind) said in statement that it remains “outraged that Iranian State television would make a mockery of the High Representative Vice President Federica Mogherini on the basis of her human reaction to those who had lost their lives and were targeted by ISIL acclaimed terrorists.”

“The channel continued their ridicule by insinuating that Europe ‘only had themselves to blame’ and that perhaps now Europe might ‘feel close-up the fear and horror that the Syrian people have endured over the past 5 years, created by the interferences of their (European) politicians’,” the March 30 statement by ARCHumankind added.

“These acts committed by Jihadist militants are acts of heinous violence and the Iranian State television implying that ‘European decision-makers are supporting terrorist acts’ can only be seen as an incitement for the continuation of the Jihadi aggression against Europe.”

“Whereas the European institutions have unduly decided to forget the well-documented co-operation of the Iranian authorities with the creation of an Al-Qaeda branch in Iraq in 2001 and the Syrian regime logistical support to this organisation from 2003 up to 2011 – in the vain hope this memory erasing exercise would make the theocracy to behave better – the insulting attitude of the Iranian authorities vindicates the point of view of all those who warned against this kind of appeasement attitude.”

ARCHumankind noted that the “concrete operational steps from the former Al Qaeda branch in Mesopotamia towards the aggression of Europe started at least in 2012, well before the split of this Jihadi branch from her mother and the proclamation of the Caliphate. This fact is now well and publicly documented by Western information services (see for instance http://www.nytimes.com/2016/03/29/world/europe/isis-attacks-paris-brussels.html?_r=1)”. 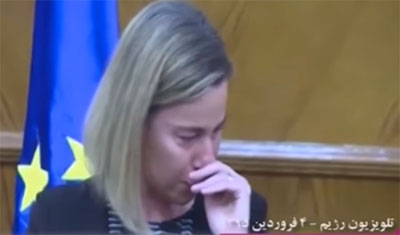 ARCHumankind reiterated its calls for the European Union to take “decisive action against all Jihadi forces slaughtering Syrian and Iraqi people and provoking a refugee crisis, may it be the case of ISIS, Hezbollah or any of the several other Islamic fundamentalist forces present in the area. This is the only coherent, logic and successful strategy to end the so-called refugee crisis.”

ARCHumankind presented its “full solidarity with the High Representative Vice President Federica Mogherini” and considered the “insults to her to be insults to the European people and to all those who share humane values.”

ARCHumankind is a non-profit organization, aiming to bring together people from the most diverse geographical, professional, and cultural backgrounds to contribute to stimulating sustainable cooperation for the promotion of democracy and a respect for human rights, while putting an end to religiously, politically or ethnically motivated oppression and violence.