CNN: New Intelligence Points to Threat by Iran’s Regime Against Us Forces and Interests in Middle East 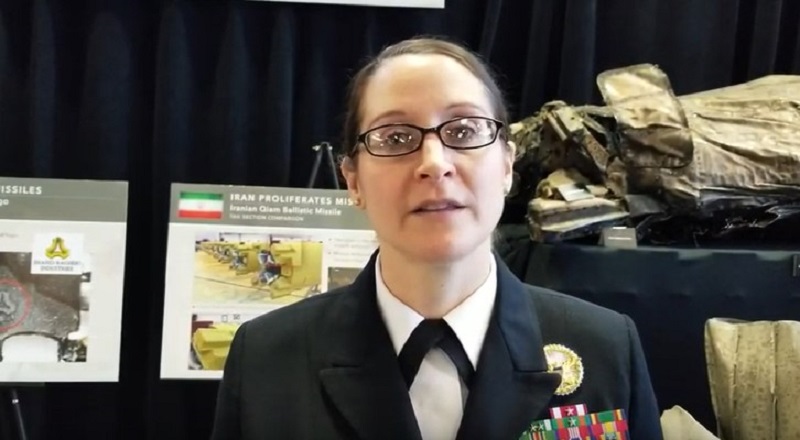 There is fresh intelligence of a potential threat by Iran’s regime against United States forces and interests in the Middle East, CNN reported on Wednesday, December 4, 2019, quoting several U.S. defense and administration officials.

“There has been consistent intelligence in the last several weeks,” one administration official told CNN.

A second U.S. official described it as information that has been gathered throughout November. The information is being gathered by military and intelligence agencies.

The officials did not tell CNN in what format the intelligence exists. But in the last several weeks there has been movement of Iranian forces and weapons that the U.S. worries could be put in place for a potential attack if one is ordered by the Iranian regime, the officials said.

JUST IN TO CNN Pentagon team: There is fresh intelligence in last month of a potential Iranian threat against US forces and interests in the Middle East according to several US defense and administration officials speaking to CNN. Evidence Iran has moved forces and weapons.

The head of U.S. military operations in the Middle East recently signaled the U.S. expects some kind of Iranian action in response to the U.S. sanctions and pressure campaign that is trying to get the regime to abandon its nuclear program.

“I would expect that if we look at the past three or four months, it’s possible they will do something that is irresponsible. It’s possible that they’ll lash out at their neighbors,” Gen. Kenneth McKenzie, head of the U.S. Central Command, told an audience in Bahrain at the time. “It is not going to be productive for them in the long term to choose to act out in the military domain. That’s the message that we’re trying to convey.”

The Pentagon did allow the carrier USS Abraham Lincoln to enter the Persian Gulf and conduct a port visit in Bahrain during the Thanksgiving holiday. But officials said specific precautions were taken, given the threat, although they would not say what those precautions were.

The carrier is now expected to stay in the region until the next carrier, the USS Harry S. Truman, moves closer, from its current position in the eastern Atlantic Ocean, the CNN report added.

The Iranian regime’s Islamic Revolutionary Guard Corps (IRGC) conducted several provocations against commercial shipping in the Persian Gulf earlier this year and was also responsible for a massive drone attack on Saudi Arabia’s oil infrastructure. That led to the deployment of U.S. fighter jets and anti-missile systems to Saudi Arabia.

While not commenting on the current intelligence, Cmdr. Rebecca Rebarich, a Pentagon spokeswoman, told CNN: “We continue to closely monitor the activities of the regime in Iran, its military and its proxies, and we are well postured to defend US forces and interests as needed.”