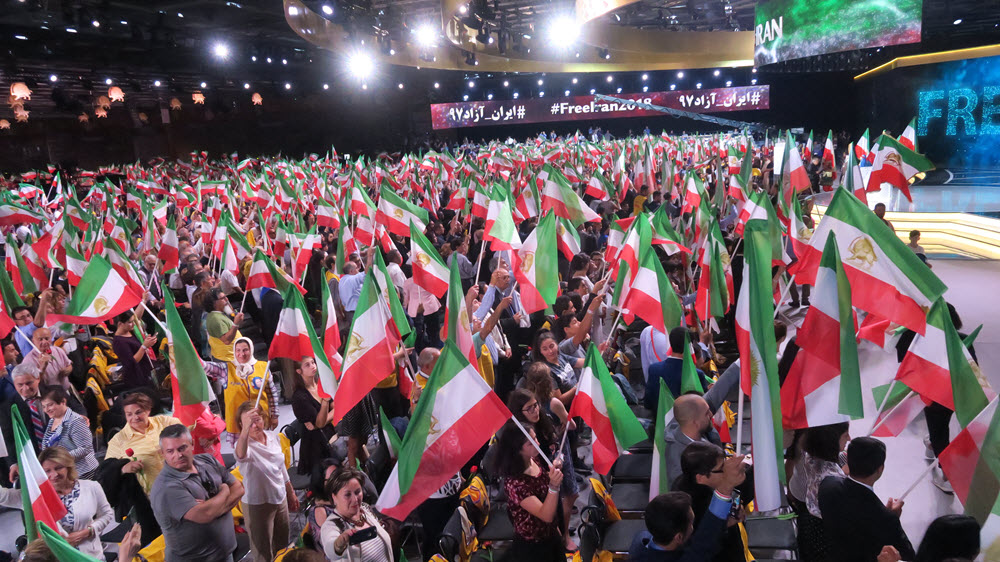 Call for Expulsion of Iranian Diplomats

The Belgian Intelligence and Security agencies have announced that they foiled a terrorist plot targeting the grand gathering of Iranian democratic opposition NCRI in Paris on Saturday 30 July.

Tens of thousands of participants from all corners of the world had gathered in Villepinte outside Paris to support the call by opposition leader Maryam Rajavi for a democratic change in Iran. Several hundred European, American and International political figures were attending this rally.

An Iranian couple with Belgian citizenship were arrested by Belgian police on Saturday. Explosives and a detonator were found in their car which they were aiming to use at the Villepinte gathering. According to the Belgian VTM news, those explosives, if combined with a nail bomb, could have caused hundreds of casualties.

An Iranian diplomat from the Austrian Embassy in Vienna has also been arrested in Germany as the “contact person” of the terrorists, according to Belgian Public Prosecutor’s office.

We are shocked to hear that such a serious and ruthless terrorist attack has been planned and was about to be carried out with direct involvement of Iranian officials in Europe.

This shows the level of importance the Iranian regime gives to movement led by Mrs Rajavi that represents the democratic alternative to the theocratic regime. The NCRI ten point plan includes freedom of speech, association and religion, separation of religion and State, equality between men and women, abolition of death penalty, a non-nuclear Iran and free and transparent election of a Constitutional Assembly within the first six months after regime change. In January Iranian regime’s president Hassan Rouhani had called President Macron to demand France to prevent the activities of Mrs Rajavi.

This new terror attempt with political motives in Europe requires the immediate condemnation of the Iranian regime by EU High Representative Federica Mogherini and all EU Member States.

Iran’s regime has a history of plotting and carrying out terrorist attacks against its opponents in Europe. In 1997 EU withdrew its ambassadors from Iran and expelled Iranian diplomats from Europe following the infamous Berlin Mykonos restaurant assassinations of Iranian Kurdish dissidents.

In the wake of this new plot and following the wave of assassination of several Iranian opponents last year including in the Netherlands and Turkey, the EU should now demand the closure of Iran’s embassies and expel Iranian diplomats from Europe.