Hezbollah, the Most Important Instrument of Iranian Regime in the Region: NYT 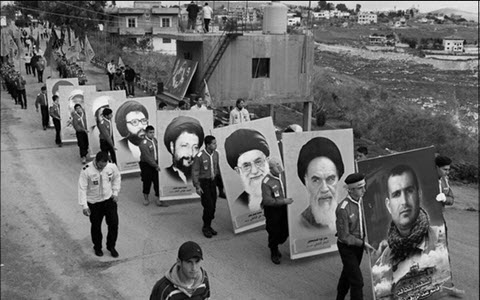 NCRI – The Lebanese Hezbollah is “one of the most important instruments in the drive for regional supremacy by its sponsor” Iran, the New York Times reports.

The group created by the Iranian regime’s Revolutionary Guards Corp (IRGC) in the 1980’s “has rapidly expanded its realm of operations. It has sent legions of fighters to Syria. It has sent trainers to Iraq. It has backed rebels in Yemen. And it has helped organize a battalion of militants from Afghanistan that can fight almost anywhere,” the report published on Sunday issue of the times said.

“Hezbollah is involved in nearly every fight that matters to Iran and, more significantly, has helped recruit, train and arm an array of new militant groups that are also advancing Iran’s agenda.”
According to the report by the New York Times, in Syria, Hezbollah has played a major role in propping up the Syrian dictator Bashar al-Assad, an important ally of the Iranian regime, and “increasingly”, the clerical regime in Tehran, “rely on it to pursue their goals.”

“Iran and Hezbollah complement each other.” “For Iran, a Persian nation in a mostly Arab region, Hezbollah lends not just military prowess but also Arabic-speaking leaders and operatives who can work more easily in the Arab world. And for Hezbollah, the alliance means money for running an extensive social services network in Lebanon, with schools, hospitals and scout troops — as well as for weapons, technology and salaries for its tens of thousands of fighters.”

The network Hezbollah helped build has changed conflicts across the region.

In Iraq, they are promoting the Iranian regime’s interests. In Yemen, they have taken over the capital city and dragged Saudi Arabia, into a costly war.
According to the report the roots of the network created in the region goes back “to the American invasion of Iraq in 2003, when Iran called on Hezbollah to help organize Iraqi Shiite militias that in the coming years killed hundreds of American troops and many more Iraqis.”

“After the American invasion that toppled Saddam Hussein in 2003, Hezbollah operatives went to Iraq to help organize militias to fight the Americans with roadside bombs and other insurgency tactics.”

“Some of those militiamen now lead forces that have made common cause with Hezbollah again, this time in Syria.”

“Hezbollah, whose name is Arabic for Party of God, and its allies have deep ideological ties to Iran. Most endorse vilayat-e-faqih, the concept that Iran’s supreme leader is both the highest political power in the country and the paramount religious authority.”

The report adds: “Hezbollah has become active in so many places and against so many enemies that detractors have mocked it as “the Blackwater of Iran,” after the infamous American mercenary firm.”
Hezbollah’s leaders have acknowledged that most of the group’s budget comes as cash from Iran.