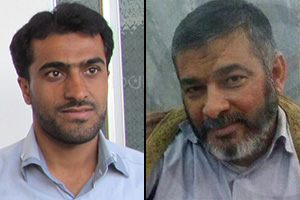 The Iranian regime’s state media reported that IRGC Colonels Qassem Gharib and Karim Ghawabesh had been killed in the civil war in Syria. Both were there as part of Tehran’s efforts to keep Syrian dictator Bashar Assad in power.
State-media said that Col. Ghawabesh, 46, had been killed Saturday in Syria’s south-western Al-Zabadani region near the Lebanese border, where the Assad regime and Lebanese group Hezbollah launched an offensive on July 5.

Pro-Syrian opposition sites, meanwhile, reported that a third Iranian IRGC colonel, who was not named, was killed in clashes on Sunday in the village of Durin, north-western Syria.

The Iranian regime’s President Hassan Rouhani has said Tehran will back Assad “until the end of the road”. A number of other senior Iranian Revolutionary Guards commanders have been killed in the conflict in recent months.

In June, Iranian state media said that at least 400 men who have died fighting for Assad have been buried in Iran so far.