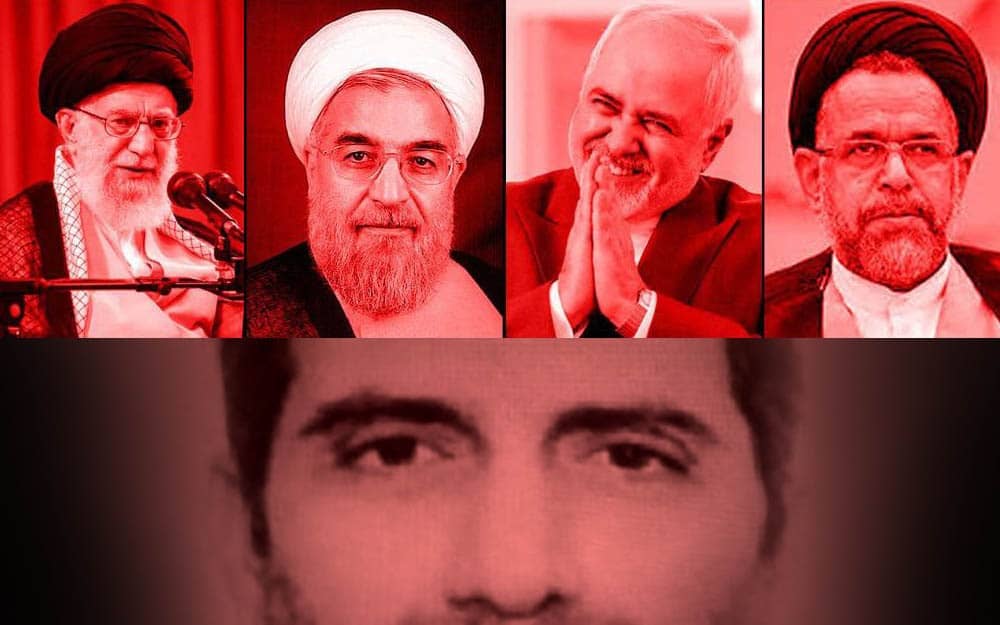 The trial of four Iranian terrorists continued in Belgium with a second hearing on Thursday. The basic facts of the case had been outlined the previous Friday, as prosecutors identified the explosives that were provided to an Iranian-Belgian couple by the diplomat Assadollah Assadi, with instructions to carry them into France and the venue hosting the 2018 Free Iran rally. The trial’s second session helped to clarify the defense strategy that Assadi, the terror plot’s mastermind, has adopted in the face of the allegations.

Assadi himself did not appear in the courtroom at either session. This appears to have been a calculated decision, aimed at signaling his refusal to acknowledge the court’s authority. This was also reflected in the formal remarks from his defense attorneys, who expended little energy on challenging the prosecutions’ description of the plot itself, but instead focused on obsessively highlighting Assadi’s diplomatic status.

Until his arrest on July 1, 2018, Assadi had been serving as the third counsellor at the Iranian embassy in Vienna, which afforded him immunity from arrest or prosecution inside Austria. But the 2018 plot was thwarted by an operation involving multiple European authorities, which tracked Assadi’s movements and were able to carry out the arrest while he was traveling in Germany. He was later extradited to Belgium over the objections of Iranian officials.

Those officials appear to have taken much the same position as Assadi himself, as well as his legal team. They have all argued, in their own ways, that the defendant’s diplomatic immunity should extend beyond the boundaries of his posting, presumably to encompass the entirety of the European Union, if not the world at large. Neither Assadi nor his handler in Tehran seem the least bit willing to acknowledge involvement in a terrorist plot as a significant mitigating circumstance, and his legal team has formalized their position into a strategy that seems to be aimed at having him released to Iran without delay or consequence.

With their unreasonably broad interpretation of diplomatic immunity, Assadi’s advocates can be said to be presenting a doctrine that might better be described as “diplomatic impunity.” They are quite literally arguing that a professional role in Iran’s diplomatic networks constitutes a blanket insulation from legal consequences regardless of the wrongdoing an individual undertakes in the regime’s name.

That precisely describes the situation with regard to the 2018 terror plot. Belgian prosecutions have made a special point of emphasizing that Assadi and his co-conspirators were acting entirely at the behest of Iranian regime authorities. The National Council of Resistance of Iran (NCRI), which organized the rally that was targeted by that plot, had publicly alleged that both the regime’s Supreme Leader Ali Khamenei and President Hassan Rouhani had a direct hand in ordering attacks upon opposition figures outside Iran’s borders.

Unsurprisingly, Tehran has refused to acknowledge this complicity of its highest authorities. But it has also made little real effort to disprove those connections. And this comes as little surprise in light of Assadi’s defense strategy. To call him a rogue agent or to deny his ties to the regime’s leadership would be to undermine the central premise behind claims of immunity. In order to justify his defense, Assadi’s handlers must at least tacitly recognize that his actions were undertaken with their knowledge, even upon their orders.

It is a confusing strategy that Assadi and his handlers have settled upon. But it is arguably not without precedent. Serious critics of the Iranian regime might even say that Tehran’s demands for impunity only reflect what the regime has come to expect after four decades of dealings with conciliatory Western policymakers.

Assadi is the first Iranian diplomat to be formally prosecuted for his role in terrorist activity, but he is not the first to come under suspicion for such a role. The worst consequence those individuals have typically faced is expulsion back to Iran, where they were welcomed home as heroes and put back to work in supporting roles within the regime’s terrorist infrastructure. But now, it seems all but certain that a high-ranking Iranian diplomat will be convicted of plotting a terrorist attack, and will then face up to 20 years in prison.

The only question that will be left at that point is whether this will turn out to be a one-off exception, or whether it will mark the end of the impunity that Tehran and its agents have come to expect. If the latter, then the Iranian regime will hopefully come to regret its gamble on the doctrine of diplomatic impunity. By refusing to disavow Assadi, his handlers have only confirmed what Belgian prosecutors have been saying about the 2018 terror plot and its status as a formal Iranian intelligence operation.

Under these circumstances, when Assadi faces sentencing it will raise serious questions about what further steps the international community may be able to take toward demanding accountability for Iranian terrorism. Whatever those steps might be, one thing is clear: that accountability cannot end with the direct participants in the 2018 terror plot. It must extend to the Iranian regime as a whole.