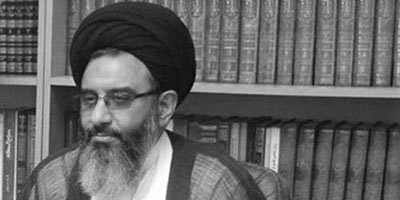 NCRI – The Iranian regime’s Supreme Leader Ali Khamenei has appointed a mullah as his new personal representative in Syria.

Abolfalz Tabatabai-Ashkezari was appointed to the role by Khamenei on Wednesday, April 27, the Tasnim news agency, run by the Revolutionary Guards (IRGC) Quds Forces, reported.

Mehdi Ta’eb, a close protégé of Khamenei, had previously reiterated that Tehran’s fate is intertwined with Assad’s future. Mullah Ta’eb also described Syria as a “province of Iran.”

Commenting on the appointment of mullah Abolfalz Tabatabai-Ashkezari as Khamenei’s personal representative in Syria, Shahin Gobadi of the Foreign Affairs Committee of the National Council of Resistance of Iran (NCRI) on Monday said:

“Following the deployment of 60,000 IRGC forces, foreign mercenary militias from Iraq, Lebanon, Afghanistan and Pakistan, and more recently units of Iran’s regular army, Khamenei has appointed a new mullah as his personal representative in Syria in order encourage his forces that have taken heavy casualties and are now demoralized in Syria.”

“Khamenei and his regime are at an impasse in Syria. As one of Khamenei’s close associates said in February 2012, saving Assad in Damascus is of more importance to the mullahs than saving the oil-rich Iranian province of Khuzestan. Khamenei sees no avenue of retreat from Syria and his regime is becoming more embroiled in the conflict by the day. However, the mullahs’ regime has no prospect of winning its war of aggression against the people of Syria. The Iranian regime and its Supreme Leader Ali Khamenei are in a strategic quagmire from which they have no way back and no way forward.”

“Iran’s army entering the war in Syria is a blatant violation of international law and must be met with an overwhelming response and action by the international community,” said EIFA President Struan Stevenson.

“With the Syrian revolution against the dictatorship of Bashar al-Assad entering its sixth year, Tehran has escalated the presence in Syria of its Islamic Revolutionary Guards Corps (IRGC), together with regular Iranian military units, who are waging a brutal campaign against the Syrian people and the moderate opposition.”

“In recent weeks, a significant number of special commandos of Iran’s regular army have been killed in Syria, pointing to their extensive presence in that conflict. The failure of the IRGC, especially in the Aleppo’s zone and their massive casualties in recent months in Syria, has reportedly caused Iran’s Supreme Leader Khamenei to dispatch his regular army to bolster pro Assad forces in this criminal war,” the statement added.