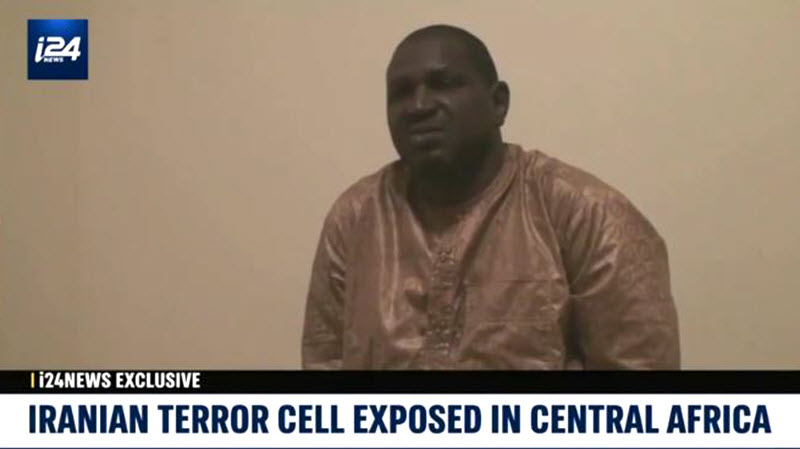 Ismael Djida, the head of the central African terrorist cell, said: “We want to create an army to fight against Westerners in Africa.”

Many of the network’s members had belonged to terrorist group Seleka before being recruited and trained by a division of Iran’s Quds Force known as Special Unit for External Operation.

The Iranian regime has reportedly spent hundreds of thousands of dollars to fund the network and paid $150,000 to recruit Seleka insurgents and is targeting Chad, the Central African Republic, Eritrea, Gambia, Niger, South Sudan and Sudan.

This is far from the first time that Iran has involved itself in Central Africa. In 1993, hundreds of Iranian troops worked in Sudan and just two years later the country was filled with thousands of Iranian-trained terrorist trainers.

In fact, a 1998 indictment of Osama bin Laden stated that he had worked with the Iranian regime, Iran-backed Hezbollah, and the National Islamic Front (the then-ruling party in Sudan) towards the destruction of their Western enemies, in particular, the US.

Michael Ledeen wrote in The Iranian Time Bomb: “The alliance between Sudan and the Iranian regime made perfectly good sense for the two Islamic fascist regimes, for they had a common overriding objective: to drive the United States out.”

He said that there is “considerable documentation” proving the alliance between Iran, Hezbollah, al Qaeda, and Sudan.

Yet more evidence is that in 2011 then-Iran regime’s President Mahmoud Ahmadinejad visited Sudan and embraced former Sudanese President Omar al-Bashir, who had been recently toppled in the Arab Spring. Iran was not about to let go of a country that it had spent three decades influencing.

The discovery of the terror cell shows that the Iranian regime is still active in the region.

Earlier this year, United States Africa Command Gen. Thomas Waldhauser announced that the US would be withdrawing its troops from West Africa. This leaves a power vacuum in the area that Iran takes full advantage of, leaving the region at risk from Iranian terrorists. But Europe should also be helping to remove terrorists.

Trumpet contributor Anthony Chibarirwe wrote: “The Sahel region desperately needs counterterrorism support, and Europe is well positioned—and motivated—to intervene. While the United States has generally been the leader in the global war on terror, Europe has played a major role in the African war on terror.”

Previous article
Hook: You Can Work With US or Iran Regime; Not Both
Next article
Iran: The Names of 28 Political Prisoners Arrested in 2018