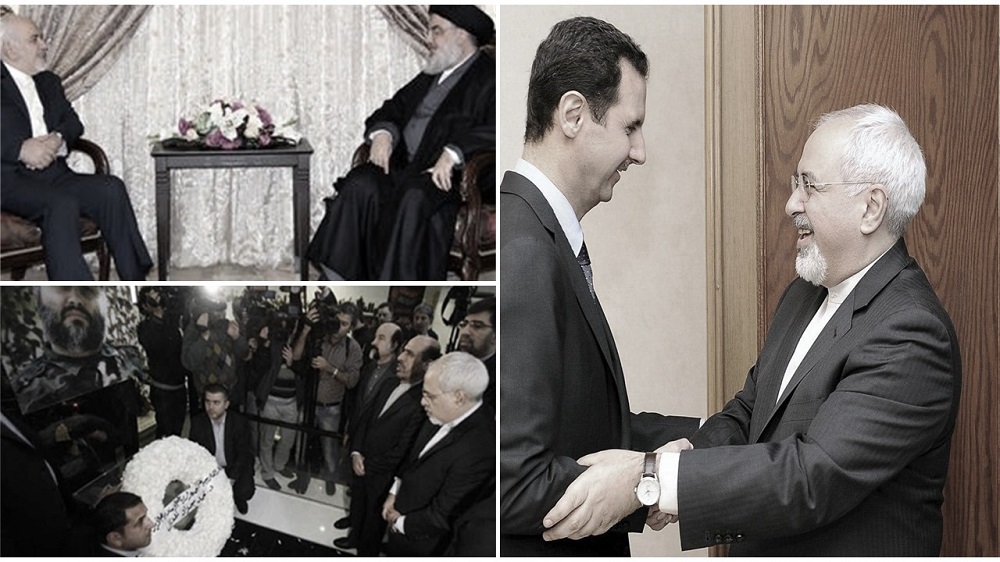 “Today, demarcation lines do not pass between our pros and cons. He who has chosen a place for the life of his compatriots and fights the message of death brought upon by the Coronavirus and by (US) sanctions is an Iranian and an insider.”

These are the words of Mohammad Javad Zarif, the Iranian regime’s Foreign Minister, in his Persian New Year’s Message published on the website of the Foreign Ministry.

It is strange enough for the regime’s Foreign Minister to publish a New Year’s Message before his superiors, President Hassan Rouhani and Supreme Leader Ali Khamenei, publish theirs.

In fact, in recent days, Zarif has embarked on a restless endeavor to exploit the country’s current Coronavirus crisis to defuse or weaken to the most possible extent, US sanctions against the regime.

His game began when Iran’s Central Bank director asked for a $5 billion loan from the International Monetary Fund, ostensibly to fight the Coronavirus pandemic.

Then on March 12, Zarif wrote a letter to United Nations Secretary-General Antonio Guterres asking for international sanctions to be lifted, claiming “that the sanctions were not only crippling the country’s oil industry, but making it incredibly difficult for Iran to get the necessary medical supplies needed to combat the coronavirus.”

“To this end, it is imperative that the United Nations and its member states join the Iranian people in demanding that the government of the United States abandon its malign and fruitless approach against Iran,” Zarif wrote.

A UN spokesman said Guterres was “deeply concerned” about Iran’s outbreak and that the UN is providing support.

That was exactly the response Zarif sought. Knowing that the precarious situation with the rapid spread of the virus in Iran had made the world community sensitive towards the country, he aimed to politicize the issue of humanitarian support for the people of Iran and use it to lift the crippling sanctions on his regime.

Zarif wrote on Twitter: “IMF/IMF Board should adhere to Fund’s mandate stand on the right side of history & act responsibly.” Again, he tried to drag the IMF into his regime’s fight against international sanctions, under the cover of asking for funds to fight the pandemic.

But what would the regime do if the sanctions were lifted?

The Iranian regime’s management of the Coronavirus crisis has been catastrophic.

Reports published by the opposition Mujahedin-e-Khalq (MEK) from Iran confirm that over 7000 people have lost their lives so far. This is while the regime had denied the existence of this virus, first detected in the city of Qom, for days and avoided quarantining the city.

The coronavirus outbreak in Iran coincided with the regime’s sham parliamentary elections. Fearing a general boycott, which indeed happened, and to somehow legitimize its rule particularly after its deadly crackdown on the Iran protests by killing over 1500 people, the regime decided to initiate a campaign of a cover-up to somehow achieve its goal of having a larger turnout in its elections.

In a blatant admission two days after the election, the regime’s Interior Minister said that he had refused to approve recommendations from experts to postpone elections.

Satellite images of mass graveyards in the Iranian city of Qom expose the extent of the regime’s cover-up of the pandemic in Iran.

Along with its cover-up campaign, the regime’s officials, particularly the Revolutionary Guards (IRGC), instead of providing people with disinfectants, masks, and other necessary medications, have been hoarding these necessary supplies and later selling them on the black market.

But the tragedy does not end there.

Roughly 9 out of 10 of the over 18,000 confirmed cases of the virus in the Middle East originate in Iran, according to the AP.

A regime with one of the most dubious records in fighting the virus and which had great responsibility in diffusing it worldwide tries to pursue its repressive and expansionist agenda instead of helping the people suffering from the pandemic.

There is consensus between virtually all Iranian social media users that not a penny of financial aid to the regime would end up in hospitals or be made available to people in need.

The regime never had the intention of addressing the Coronavirus spread in a responsible manner. So, Zarif’s recent efforts only show further treachery and profiteering on the part of the ruling regime vis-à-vis the drastic spread of the epidemic in Iran.

Soon after news broke about the coronavirus epidemic in China, international airlines stopped their flights to the country.
But Mahan Air, run by Iran’s terrorist Revolutionary Guards (IRGC), continued its flights to China.#Iran#Covid_19 pic.twitter.com/a3EaYouJQ5

The regime holds no less than $100 billion of strategic assets, the third-largest in the region. Despite international sanctions on oil sales, no sanction is in place on foodstuff, drugs and medical items.

The demand to lift sanctions has nothing to do with the virus spread but aims to pave the way for further development of the mullahs’ nuclear weapons program, long-range missiles, and regional interference and warmongering.

That is why the international community should not be deceived by the mullahs’ words, but rather judge them by their acts. International aid should be directed, through clear paths, to Iran’s hospital facilities and health authorities directly.

Previous articleLatest News in Brief – March 20, 2020
Next articleIran is Using Coronavirus as a Weapon Against Political Prisoners