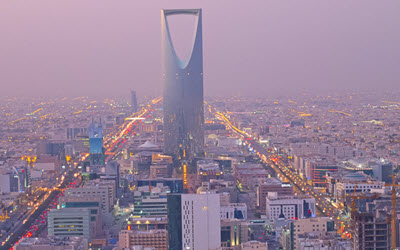 The Iranian regime’s embassy in Riyadh was involved in a plot to recruit 200 dissidents in Saudi Arabia to launch operations that would undermine the country’s security, including spying for Tehran, Arab News reported on Friday.

“This was one of the main charges announced by the state prosecution recently in the case involving two defendants who had been arrested for being part of a spy cell operating in the Kingdom on behalf of Iran,” Arab News wrote.

“Defendant No. 21 was accused of using his house as a base to hold meetings with three Iranian intelligence agents working at the Iranian Embassy in Riyadh, and supplying them with top secret intelligence reports and information on the Kingdom in exchange for money.”

“The defendant is also charged with providing Iranian intelligence operatives with an electronic device or computer used for espionage, and traveling to Turkey to meet with several others where he provided them with security information related to the Kingdom.”

“The defendant is accused of providing Tehran the names of 200 terrorists who turned against their country to support Iran, economic reports about the Kingdom and the names of Shiite families living here,” the English-language daily added.