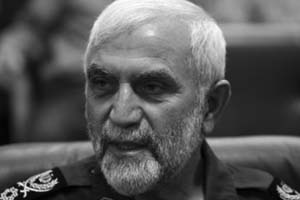 NCRI – The most senior General in charge of the Iranian regime’s Islamic Revolutionary Guards Corps (IRGC) forces fighting in Syria to keep dictator Bashar Assad in power has been killed, the regime’s state media announced on Friday.

Brig. Gen. Hossein Hamedani, one of the most senior IRGC Quds Force commanders, was in charge of the Iranian regime’s forces in Syria for the past three years. He was deputy to Gen. Qassem Soleimani, the commander of the IRGC Quds Force.

Hamedani was killed on Thursday evening, the state-run Fars news agency reported. The IRGC announced that he was killed on the outskirts of the Syrian city of Aleppo.

In 2009, Hamedani was the IRGC commander tasked with cracking down on anti-regime demonstrations in Tehran.