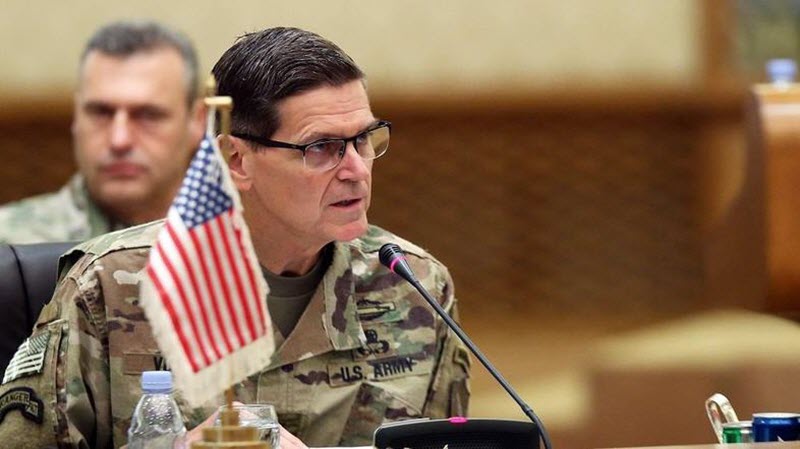 The Iranian Regime is still the “long-term destabilising factor” in the Middle East, according to statements from a top US commander on Thursday.

General Joseph Votel, the head of US Central Command (CENTCOM) in the Middle East, was testifying before the House Armed Services Committee.

He said: “[The Iranian Regime’s] efforts are not limited to the support they provide to the Houthis in Yemen. They strive to be a regional hegemon and use malign influence qualitatively and quantitatively, expanding capabilities, facilitation, and support to multiple proxies to exert pressure, and threaten other countries in the region.”

Indeed, Iran supports multiple terrorist proxies across the Middle East, including Hezbollah, Hamas, and even Al Qaeda. They are also a sponsor of ISIS, who Votel warned were far from defeated in ISIS and Syria.

He said: “Reduction of the physical caliphate is a monumental military accomplishment — but the fight against ISIS and violent extremism is far from over and our mission remains the same.”

Iran uses “violent extremist groups” to sow chaos across the Middle East, in order to gain control, with a notable habit of inflaming national tensions and helping prolong civil wars as is the case in Syria and Yemen. However, Votel said that the US is working to deter the Iranian Regime’s actions.

Votel said: “Against the backdrop of these (regional) conflicts is the Iranian regime… We work closely with our indigenous partners to disrupt these organizations; to ensure they do not have the capability or opportunity to attack our country or citizens or those of our partners. Our longstanding military relationships with partners across the region are critical to this effort.”

Given this testimony it seems obvious that the US, along with all other nations, should increase the diplomatic and economic pressure on Iran.

It means cutting off the flow of money towards the Regime, which is then spent on terrorism, warfare, and missiles. This means increasing sanctions against the Regime for everything from their continued nuclear programme to their human rights violations to their regional meddling. This would involve the countries still involved in the nuclear deal with Iran – Britain, China, Russia, France, and Germany – to withdraw immediately.

It also means kicking the Regime’s diplomats out of their host countries and recalling ambassadors from Iran. After all, Iranian diplomats have been involved in several terror plots in Europe in the past year alone.

This would also help the Iranian people achieve regime change, which is their true wish, and establish a democracy in Iran.