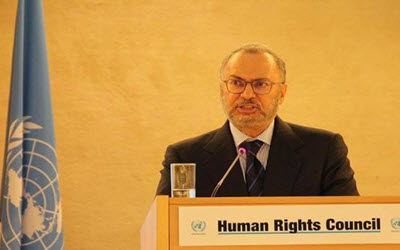 Having the Houthis and former Yemeni president Ali Abdullah Salah set the legitimate government of this country aside has led to human rights violations against the Yemeni people, including the arrest, torture and murder of thousands of people, and preventing the delivery of humanitarian aid to needy people, he added.

Arming militia with advanced weapons, including ballistic missiles and drones, is on the rise and Houthi militias have fired thousands of missiles and mortar rounds to Saudi Arabia, Qarqash said.

Previous article
Iran: Jamming Devices Installed in Prisons to Put Political Prisoners Under Pressure
Next article
Iranian Deputy Parliament Speaker: What Have We Done That College Students Are Mocking Us Today