Iranian regime’s diplomat rejected by US implicated in Italian murder 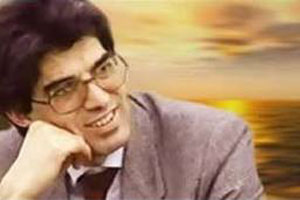 An Iranian diplomat that America is refusing to accept as Tehran’s next ambassador to the United Nations was implicated in the death of an Iranian dissident in Rome in the 1990s, court documents obtained by The Daily Telegraph reveal.

Hamid Aboutalebi was accused of overseeing the alleged assassination by Iranian agents of Mohammad Hossein Naghdi in Rome in 1993 when he was the Iranian ambassador in Italy.

The White House declared Mr Abutalebi’s nomination to head the Islamic Republic’s UN delegation “not viable” on Tuesday, effectively announcing that he would not be granted a visa to enter the US.

Iran reacted angrily to the announcement from Jay Carney, the White House spokesman, which came after the US Senate adopted a resolution calling on the Obama administration to deny Mr Abutalebi a visa for his role as one of the hostage takers who stormed the American embassy after the revolution in 1979.

In fact, allegations against Mr Abutalebi are much more recent. Court papers, including transcripts of interviews conducted by the Caribineri during the investigation into Naghdi’s death, allege that he played a key role in covert operations in the 1990s.

Mr Naghdi was a former Iranian diplomat who worked at Tehran’s Rome embassy under the Shah. In 1982, angered by the suppression of dissidents after the revolution, he defected to the opposition People’s Mujahadeen, which is hated by the Islamic Republic.

Mr Naghdi was shot on a Rome street in a murder that has never been solved. Investigations continued into the case until 2008 when the Rome Supreme Court published evidence, obtained by The Daily Telegraph, that the Iranian state had ordered his death.

Abolghasem Mesbahi, a former Iranian intelligent agent based in Germany, alleged to the police investigation that the agent sent from Tehran to kill Mr Naghdi was supervised and controlled in Italy by Mr Abutalebi.

He alleged that the ambassador had been involved in the mission alongside Amir Mansur Assl Bozorgian, the head of Iranian intelligence in Rome.

“The execution was planned by high ranking political-religious officials in Tehran, with the task entrusted to a group sent specially to Italy, coordinated there by the accused, Bozorgian, in his role as head of a logistics and information unit (obviously secret), which was directly answerable to the Iranian diplomatic representative in our country, in particular the ambassador Abutalebi,” according to the summary judgment issued on Dec 16, 2008.

It added that Mr Abutalebi and Naghdi had a previous acquaintance and that the ambassador was in the country at the time of his death.

“Because of his several years of acquaintance with the victim, the ambassador had the means to accomplish this death sentence with no risk. Moreover, such a project, if implemented in this fashion, would be fruitful for his personal goals and promotion,” it added.

The court found that the Italian police failed to establish that the alleged assassins had entered Italy to carry out the attack and left the case open.

Mr Carney used strikingly strong diplomatic language to indicate that the US would take the rare step of denying a US visa to a foreign diplomat posted to the UN in New York. “We’ve informed the government of Iran that this potential selection is not viable,” he said.

The backlash in the US has focused on Mr Abutalebi’s role as a translator for the group of radical students that took 52 Americans hostage for 444 days in Tehran.

Iranian officials maintain that Mr Abutalebi, who has served as an adviser to the foreign affair minister in recent years, is one of Iran best diplomats.

“We have announced to the Americans that we have appointed one of our most experienced and logical diplomats to serve at the UN,” said Mohammad Zarif, the foreign minister. “We will decide according to the case how to choose the best method to follow up the case according to available UN mechanisms. The government of the United States is well aware that this behaviour is by no means acceptable to the Islamic Republic.”

The Daily Telegraph put the allegations about Mr Abutalebi’s links to Naghdi’s death to Marziyeh Afkham, the foreign ministry spokesman, but Iranian officials did not respond.

The stand-off risks derailing a thaw in US-Iranian relations instituted since Hassan Rouhani took over as Iran’s president last year.

Iranian newspapers have questioned why the Iranian leader would jeopardise his outreach to the US by appointing a man with such a controversial history. “Why has Rouhani who very well knows that Abutalebi has been directly involved in the seizure of the American embassy in 1979 picked him as his envoy at the UN? Did he not calculated the risks involved in such selection that would lead to further tensions with the US?” an editorial in Bulletin News asked.

“He seems to only have two options left to him now; either insist on Abutalebi’s appointment and lock horns with the Americans at the time of seeking rapprochement with them, or back off and then bring the independence of our country into question by surrendering to the US pressures.”

Previous articleMaryam Rajavi attends int’l conference on Iran at the European Parliament
Next articleKhamenei: No one has the right to trade ‘nuclear achievements’