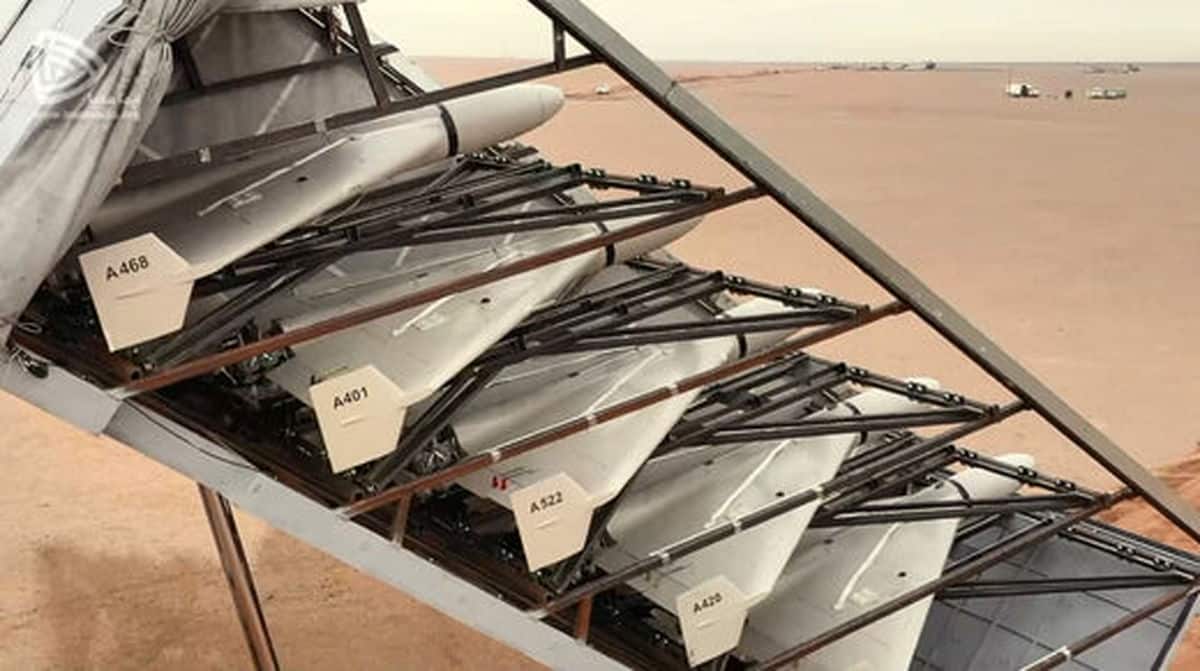 The United Kingdom imposed new sanctions on three Iranian military officials and one defense manufacturer on Thursday, a day after British, French, and American representatives to the United Nations highlighted Iran’s ongoing provision of military drones to Russia for use in its war on Ukraine. Iran predictably denied the accusations levied in that Security Council meeting, but Ukraine has urged experts to visit the country and directly examine the evidence of Iranian manufacture in components recovered from the sites of Russian drone attacks.

The meeting took place on the same day as a number of kamikaze drones struck Ukrainian power plants, amidst what has been described as a week-long flurry of similar attacks. The drones are the product of the Iranian regime similarly leaning into tactics of asymmetric warfare, in absence of the ability to modernize the nation’s air force amidst punishing multi-lateral sanctions.

That trend has been ongoing for years. Last year, the National Council of Resistance of Iran (NCRI) held a press conference to warn about the expansion of the regime’s drone manufacturing, and to highlight its likely impact on the paramilitary capabilities of Iran-backed proxies like Hezbollah and the Houthi militants.

The acquisition of drones and other advanced military technology eventually allowed Houthi attacks to penetrate deep into Saudi territory. This, however, allowed for the recovery and analysis of components that left absolutely no doubt about the Iranian origins of the weaponry.

This process stands to be repeated in the wake of Ukraine’s invitation for military experts to visit, but this should not be necessary in order to disregard the Iranian regime’s denial of culpability for attacks on Ukrainian power plants and other civilian targets.

While the particular use of unmanned aerial vehicles in the present conflict is used against Ukraine, the tactics currently on display are akin to those that Iran has used or promoted in a number of proxy conflicts since ramping up its drone manufacturing program. During last year’s NCRI press conference on the topic, the deputy director of the NCRI’s Washington office identified its finds as evidence of Tehran’s growing effort to “step up terrorism and warmongering to destabilize the region.”

Jafarzadeh went on to say that “this is in line with the regime’s nuclear defiance and its repression at home,” an observation that is arguably even more significant today with respect to the expansion of terrorist and warmongering tactics to a war being perpetuated by Tehran’s ally in eastern Europe.

More than a year ago, Alireza Jafarzadeh outlined the potential global impact of Iran’s expanding drone program before declaring, “It is time for the US, Europe, and the countries of the region to adopt a firm policy by expanding sanctions and holding [The regime’s President Ebrahim] Raisi and [Supreme Leader Ali] Khamenei to account until Tehran abandons its rogue behavior and ends human rights violations.”

An accompanying statement from the NCRI stated that any future dealings with the Iranian regime should be contingent upon a halt to malign activities including the violent suppression of dissent, promotion of regional instability, and activities related to the manufacture of advanced UAVs and ballistic missiles.

Such a commitment from Western powers is more imperative today than it has ever been before. The clerical regime’s simultaneous commitment to terrorism against its own people and the people of Ukraine should deprive it of an opportunity to negotiate with Western countries or to generally be treated as a normal government. With each successive development, Tehran makes it more and more apparent that it is anything but normal, and is eminently deserving of whatever isolation and pressure the international community can bring to bear upon it.