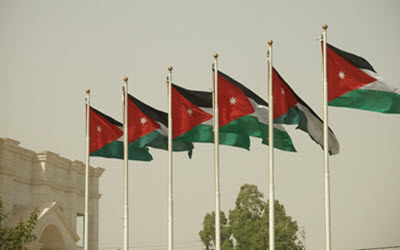 The report quoted the Jordanian government’s spokesman and State Minister for Media Affairs Mohammad Momani as saying that the diplomat had been called back for “consultations.”

Momani said in a statement that following the Iranian regime’s nuclear deal with the major world powers, Tehran’s positions were against the high interests of Jordan and that during this time the Iranian regime had been blatantly meddling in the internal affairs of Arab countries.

The mullahs’ regime has not respected the basic principles of good neighborliness and had added to the crisis and instability in the region, the statement said.

“On the eve of the blatant attack against Saudi Embassy in Tehran and its General Consulate in Mashhad, Jordan’s Ministry of Foreign and Expatriate Affairs summoned the Iranian ambassador to Jordan and informed him the Kingdom’s strong condemnation of assault,” it added.

“Jordan stressed that attacks on the Saudi embassy and consulate constituted a flagrant violation of international conventions, mainly the Vienna Convention on Diplomatic Relations, and asked Iran to completely stop interfering in Arab affairs,” Momani explained.

The Iranian government did not respond to Jordan’s demands and to the statements of the Council of the Arab League and the Organization of Islamic Cooperation, and its policy continued without change, the minister added.

As a result, Foreign Minister Nasser Judeh has instructed the Jordanian ambassador in Iran to return to Amman, the statement concluded.

Saudi Arabia, Sudan, Bahrain, Somalia and Djibouti severed ties with Iran’s regime in January after crowds of protesters attacked two Saudi diplomatic posts in Iran. Qatar recalled its ambassador to Iran, while the United Arab Emirates also downgraded its diplomatic presence in Iran in January, saying Tehran’s meddling in the affairs of its Gulf neighbors had reached an “unprecedented” level.