No Regrets for Taking Over U.S Embassy in Tehran, Said Iran Regime’s Vice-President for Women and Family Affairs 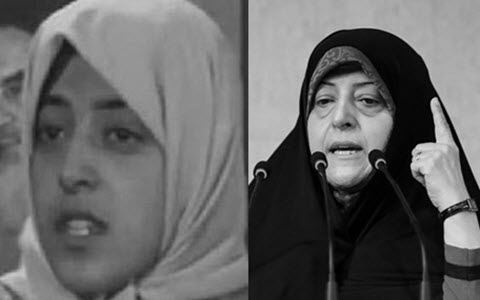 NCRI – Massoumeh Ebtekar, the spokesperson of the Iranian assailants who took over the US embassy in Tehran in 1979, says she has no regrets being involved in seizing the ‘den of espionage’ as she calls it.

“Back in 1979, taking over the U.S. embassy in Tehran seemed the best choice,” Ebtekar was quoted as saying on Saturday in a Farsi interview with Khabar Online.

Fabricating excuse for a terror act, she went on claiming that the invaders took over the embassy as a pre-emptive measure against a U.S. plan to mount a coup in Iran.

Continuing with a ridiculous and absurd comparison she uttered “We did what WikiLeaks is doing today, that is revealing the secret documents of the US embassies in the world. In my book, Takeover in Tehran, I’ve explained in details what we made during the embassy seizure.”

Ebtekar, who is now the Vice-President for Women and Family Affairs, went on saying during the takeover, which lasted for 444 days, many international and U.S. delegations were allowed to visit Tehran and hold talks with the US embassy staff.

As one of the attackers who took part in the US embassy takeover in Tehran, and to justify the terror act, Ebtekar also claimed that they thought the takeover would put an end to the U.S. meddling in the country’s internal affairs.

The Iranian regime’s official, who was known as Sister Mary in the time of Iran Hostage Crisis, unintentionally contradicted herself by revealing the remorseful hostage takers and said: today none of the assailants who took part in the takeover operation regrets being involved in it. “They may now confess to some negative consequences of the takeover but no one regrets about the whole operation.”

The Iran hostage crisis was a diplomatic standoff between Iran and the United States. Fifty-two American diplomats and citizens were held hostage for 444 days from November 4, 1979, to January 20, 1981 after a group of so called ‘Iranian students’ belonging to the Muslim Student Followers of the Imam’s Line, took over the U.S. Embassy in Tehran. It stands as the longest hostage crisis in recorded history.