One Year After Iran’s Top Terrorist Was Killed, the Underlying Threat Persists 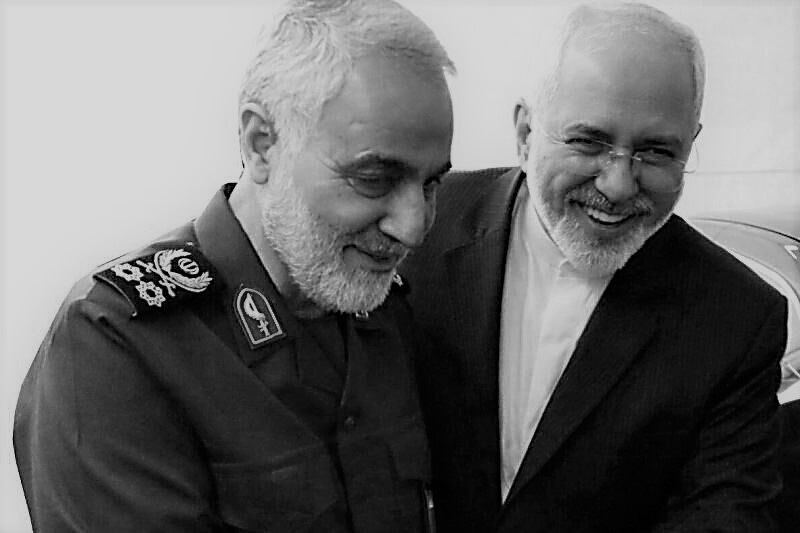 Last Sunday, Iran-backed militias launched their latest in a long series of attacks on the US embassy in Baghdad. Although it caused little damage and no injuries to American personnel, it was reportedly the largest single volley of rockets to be directed at the compound in a decade. The US State Department accused the Iranian regime for the escalation, and the regime’s officials responded with blanket denials and bizarre accusations that the US staged attacks on its own assets in order to scapegoat the regime.

It’s hard to imagine that anyone would have to make up stories about the Iranian regime’s behavior in order to convince democratic nations or freedom-loving peoples that it would be worthwhile to remove that regime from the world stage.

Over the past several years, that regime’s destructive influence on the region has been unmistakable. It played a leading role in propping up the dictator Bashar al-Assad and prolonging the Syrian Civil War, with fatal or life-altering consequences for hundreds of thousands. While that war was still near its peak, Iran almost single-handedly instigated another civil war in Yemen through its support of the Houthi militant group, thereby sparking what has been called the world’s worst humanitarian crisis.

In 2019, the United States Department of Defense revised its estimates to say that over 600 troops had been killed by the Iran regime’s Revolutionary Guard (IRGC), during the occupation of Iraq. That figure helps to underscore the threat that the clerical regime’s influence can pose not only to the peoples of surrounding nations but also to Western assets in the region. Qassem Soleimani, whose leadership of the IRGC’s foreign special operations wing helped to secure his reputation as the world’s most active state terrorist.

In the aftermath of the drone strike that killed Soleimani, the US State Department declared that he had been plotting attacks against American assets at the time. Of course, Tehran has endeavored to keep that threat alive in his absence, even promising retaliation for the killing. The Iranian military attempted to follow through on that threat with a missile strike on Iraqi military bases that housed US troops. But none of those troops were killed and questioned have lingered about whether any further retaliation might be attempted.

Those activities don’t only threaten Iran’s immediate neighbors or the US assets in the region. They threaten European assets and European interests, as well. And the malign activities in question aren’t limited to the sponsorship of Iraqi and Syrian militant groups but also include both state terrorism and terrorism-by-proxy all around the world. The threat to Europe has been uniquely visible in recent weeks, as four Iranian operatives including a high-ranking diplomat-terrorist have been standing trial in Belgium for their plot to set off explosives at a gathering of Iranian Resistance’s annual gathering in Paris in June 2018.

Sadly, neither the European Union nor its member states have taken any recognizable steps toward holding the Iranian regime accountable for the plot, even as Belgian prosecutors have very clearly demonstrated that the diplomat-terrorist Assadollah Assadi was operating on orders from high-ranking officials in Tehran. The National Council of Resistance of Iran (NCRI) has underlined that the regime’s Supreme Leader Ali Khamenei and President Hassan Rouhani were involved in the decision-making process.

Nonetheless, it seems as if the common wisdom in Europe is that the judicial process should run its course and that Assadi’s conviction and sentencing should settle the matter. But nothing could be further from the truth. The Paris terror plot was not the only direct threat against Western lives and territory in recent years. It was not even the only such threat in 2018. Iranian operatives, with support from consular officials, also attempt to attack the People’s Mojahedin Organization of Iran (MEK/PMOI), at its compound in Albania, and to killed individual opposition activists elsewhere in Europe.

The significance of these provocations can hardly be understated, but perhaps the EU believes that significance has diminished because the terror plots in question took place before Soleimani was killed. Although removing the regime’s leading foreign operative, was a crushing blow to the hierarchy of Iran’s state terrorism but paving the way for a new era of Iranian foreign policy, guided by “moderates” like Foreign Minister Javad Zarif, Assadi’s boss will increase threats of Tehran’s terrorist activities.

Once again, nothing could be further from the truth.

Zarif removed his “moderate” mask in the wake of Soleimani’s killing. Zarif wept openly at the IRGC commander’s funeral and promised to honor the legacy that Soleimani had wrought across Iraq, Syria, Yemen, and beyond. This is no surprise from Zarif who was aware and involved in, Assadi’s terror plot, as well as other plots involving his other subordinates in the regime’s consular system.

Zarif’s adherence to the regime’s destructive foreign policies is masked behind a friendly demeanor in international negotiations. But to those who were willing to look, it was visible long before Soleimani’s killing. In April 2019, Zarif declared that he was proud to have been invited to the IRGC headquarters shortly after the US designated the IRGC as a terrorist group. Around the same time, Zarif boasted of his close working relationship with Soleimani, whom he reportedly met to coordinate his foreign policy at least once a week.

Soleimani’s death was a major blow to the regime’s warmongering machine, but this is no reason for the EU to let its guard down, and it is no justification for conciliatory policies. Zarif’s eagerness to carry water for the late IRGC-Quds Force leader is a testament that threats will continue to emanate from Iran until the entire regime is gone.