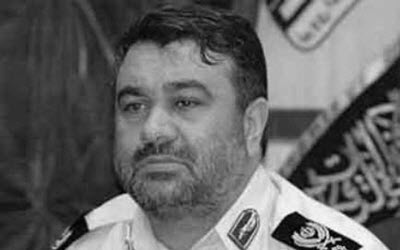 NCRI – The Iranian regime’s chief of police has stated that Iran’s prisons have surpassed their capacity, adding that new harsher measures are needed to deter people from breaking the regime’s laws.

Brigadier General Hossein Ashtari, who heads the suppressive State Security Forces, said: “According to the judiciary, [Iran’s] prisons are now full, and crimes can no longer be prevented with this method. So we must do something whereby the consequences of committing a crime is increased so that no one contemplates doing so.”

Ashtari made the remarks on Sunday speaking before members of the regime’s new Majlis, or Parliament.

The mullahs’ regime continues to hand down brutal sentences such as amputation of limbs, eye gouging and stoning to death.

Iran’s fundamentalist regime has hanged at least 66 people since April 10. Three of those executed were women and one is believed to have been a juvenile offender.

Amnesty International in its April 6 annual Death Penalty report covering the 2015 period wrote: “Iran put at least 977 people to death in 2015, compared to at least 743 the year before.”
“Iran alone accounted for 82% of all executions recorded” in the Middle East and North Africa, the human rights group said.