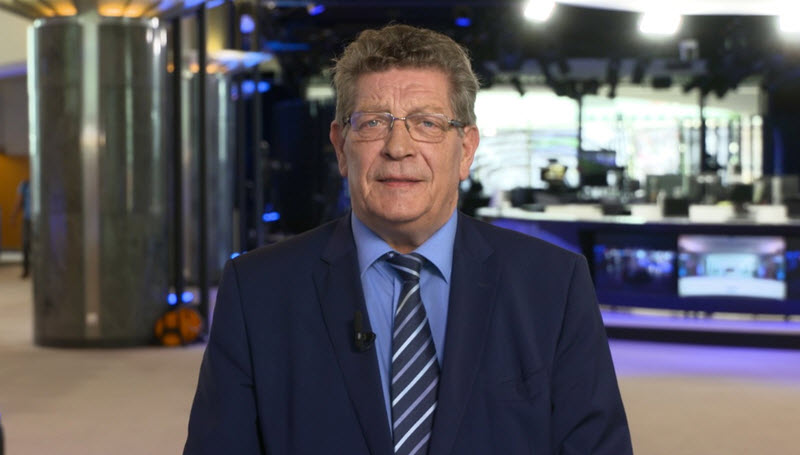 Friends of a Free Iran in the European Parliament welcomes the expelling of Iranian regime’s ambassador and another diplomat-terrorist from Albania.

In recent months, several Iran regime’s terror plots have been neutralized by European and American Security agencies. An Iranian diplomat arrested in Germany is now facing trial in Belgium for a bomb plot targeting the opposition PMOI (MEK) Free Iran gathering in Paris on 30 June 2018.

Denmark has also recalled its ambassador from Iran over a foiled assassination plot targeting Iranian dissidents living in Denmark.

Parallel to terrorist activities, Tehran spends millions on a massive smear campaign throughout the western world, disseminating false news and misinformation against this main opposition movement.

Last month, in a joint statement signed by 150 members of the European Parliament, we criticized the current EU approach towards Iran. “The EU’s silence in the face of brutal human rights violations in Iran and lack of any response to the serious terror plots in Europe is unacceptable.”

The 150 lawmakers had also urged Albanian government which is hosting several thousand Iranian opposition refugees “not to permit Iranian agents on its territory” after an Iranian bomb plot was foiled near Tirana earlier this year.

Therefore we are delighted that Albania has now expelled Iran’s ambassador and another diplomat for “damaging its national security”.

We call on the EU and the Member States for a firm policy towards Iran. We must hold the Iranian regime accountable for its terror plots and expel Iranian Intelligence Ministry operatives from Europe.

Chair, Friends of a Free Iran 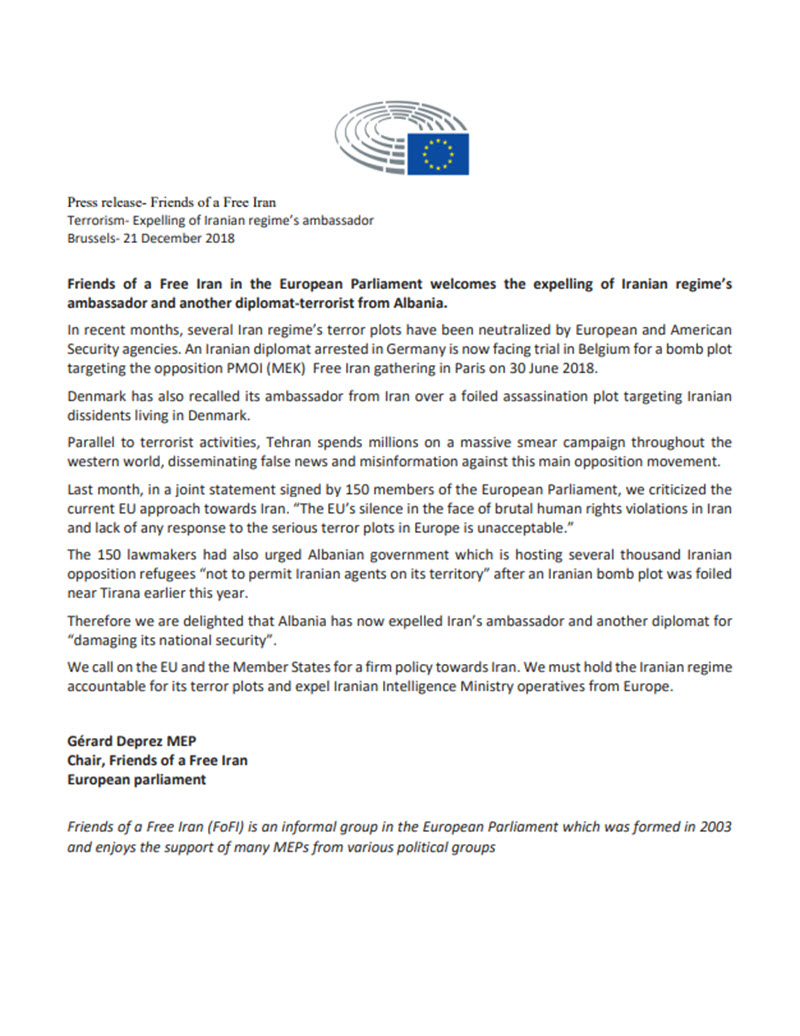