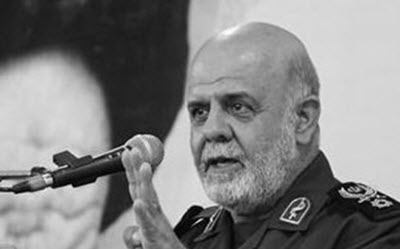 NCRI – On Wednesday 11 January, Iran regime announced Brigadier General Iraj Masjedi, adviser of Qassem Soleimani, the commander of the terrorist Qods Force as the new ambassador of the Iranian regime in Iraq.

The state run website Asr-e Iran wrote: “The Iranian regime’s embassy in Baghdad, is one of the strategic positions abroad and is considered and its ambassador is of the utmost importance.”

Asr-e Iran added, “Iran’s incumbent ambassador to Baghdad Hassan Danaifar’s six-year mission will end soon and he will be replaced by Masjedi.