TIME TO CRACK DOWN ON IRAN’S REVOLUTIONARY GUARD CORPS

The IRGC is a Terror Group Spreading Violence and Extremism

THE U.S. MUST DESIGNATE THE IRGC AS A FOREIGN TERRORIST ORGANIZATION NOW! 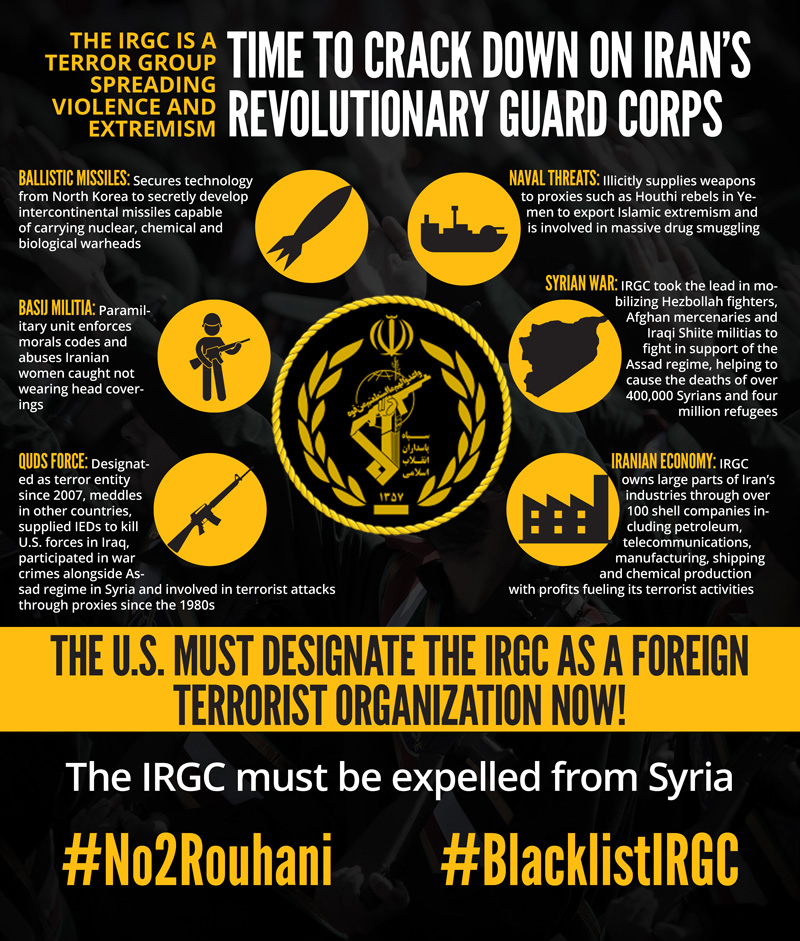 QUDS FORCE: Designated as terror entity since 2007, meddles in other countries, supplied IEDs to kill U.S. forces in Iraq, participated in war crimes alongside Assad regime in Syria and involved in terrorist attacks through proxies since the 1980s

NAVAL THREATS: Illicitly supplies weapons to proxies such as Houthi rebels in Yemen to export Islamic extremism and is involved in massive drug smuggling

SYRIAN WAR: IRGC took the lead in mobilizing Hezbollah fighters, Afghan mercenaries and Iraqi Shiite militias to fight in support of the Assad regime, helping to cause the deaths of over 400,000 Syrians and four million refugees

THE U.S. MUST DESIGNATE THE IRGC AS A FOREIGN TERRORIST ORGANIZATION NOW!
The IRGC must be expelled from Syria #No2Rouhani #BlacklistIRGC