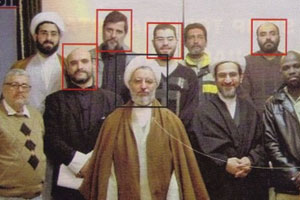 The Washington Post – The Mexican law student was surprised by how easy it was to get into Iran two years ago. By merely asking questions about Islam at a party, he managed to pique the interest of Iran’s top diplomat in Mexico. Months later, he had a plane ticket and a scholarship to a mysterious school in Iran as a guest of the Islamic Republic.

Next came the start of classes and a second surprise: There were dozens of others just like him.

“There were 25 or 30 of us in my class, all from Latin America,” recalled the student, who was just 19 when he arrived at the small institute that styled itself an Iranian madrassa for Hispanics. “I met Colombians, Venezuelans, multiple Argentines.” Many were new Muslim converts, he said, and all were subject to an immersion course, in perfect Spanish, in what he described as “anti-Americanism and Islam.”

The student, whose first name is Carlos but who spoke on the condition that his full name not be used, left for home only three months later. But his brief Iranian adventure provides a window into an unusual outreach program by Iran, one that targets young adults from countries south of the U.S. border. In recent years, the program has brought hundreds of Latin Americans to Iran for intensive Spanish-language instruction in Iranian religion and culture, much of it supervised by a man who is wanted internationally on terrorism charges, according to U.S. officials and experts.