Terrorists Admit to Spying on MEK on U.S. Soil for Iran's Regime 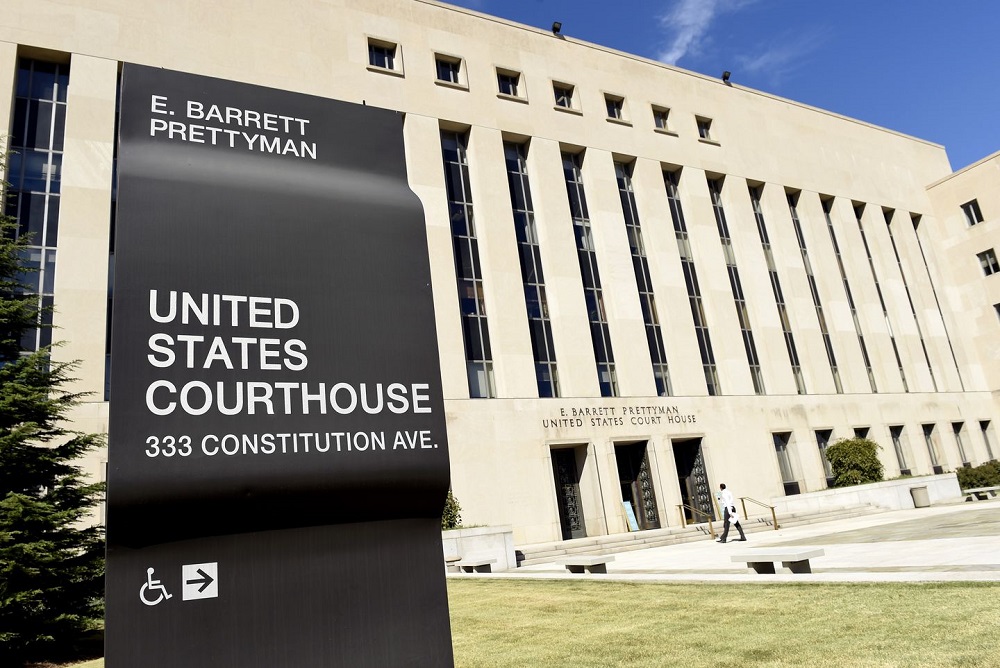 Two agents of the Iranian regime who were arrested last year in the United States for spying on members of the Iranian opposition group People's Mojahedin Organization of Iran (PMOI), or Mujahedin-e Khalq (MEK), have pleaded guilty to the charges against them, the U.S. Department of Justice (DOJ) announced on Tuesday, November 5, 2019.

In a statement, the Justice Department said: "Ahmadreza Mohammadi-Doostdar, 39, a dual U.S.-Iranian citizen, and Majid Ghorbani, 60, an Iranian citizen and resident of California, entered pleas of guilty yesterday to charges stemming from their conduct conducting surveillance of and collecting identifying information about American citizens and U.S. nationals who are members of the Iranian dissident group Mujahedin-e Khalq (MEK)."

The two agents of the Iranian regime’s Ministry of Intelligence and Security (MOIS) were arrested on August 9, 2018 in the U.S.

“The Iranian government thought it could get away with conducting surveillance on individuals in the United States by sending one of its agents here to task a permanent resident with conducting and collecting that surveillance,” said Jessie K. Liu, United States Attorney for the District of Columbia. “This case highlights our efforts to pursue those who threaten national security and disrupt foreign governments that target U.S. persons.”

“These individuals admitted to breaking the law and acting on behalf of the government of Iran by collecting information about the activities of Iranian dissidents in our country. The FBI’s actions in this case illustrate how seriously we take our mission of protecting the American people and upholding the Constitution,” said Executive Assistant Director Jay Tabb of the FBI's National Security Branch. “The FBI will continue to aggressively investigate illegal activity that threatens our fellow citizens and their constitutionally protected rights, and we will not tolerate any such activity conducted by the government of Iran or its agents.”

As part of his plea, Doostdar admitted under oath that he traveled to the U.S. from Iran on three occasions in order to meet with Ghorbani and to convey directions for Ghorbani’s activities on behalf of the Government of Iran.  Prior to Doostdar’s first trip to the United States, his handler with the Government of Iran identified Ghorbani by name, showed Doostdar a photograph of Ghorbani, and told him where Ghorbani worked, the Justice Department said.

During Doostdar’s first trip to the United States in July 2017, Doostdar met Ghorbani at Ghorbani’s workplace.  Doostdar admitted that during a subsequent conversation, Ghorbani told Doostdar that he was willing to work for the Government of Iran in the United States.

During Doostdar’s second trip to the United States as part of the conspiracy, in December 2017, Doostdar met with Ghorbani and collected the rally photographs from Ghorbani.  The photographs depicted MEK leaders, and included hand-written notes identifying the individuals and listing their positions in the group.  Ghorbani and Doostdar also discussed Ghorbani’s planned travel to Iran in March 2018, and Ghorbani offered to provide an in-person briefing on rally attendees during this trip.  Under oath, Ghorbani admitted to attending the September 2017 MEK rally and to photographing and gathering information on rally attendees to provide to Doostdar and ultimately to individuals in Iran.

In December 2017, Doostdar departed the United States for Iran with the photographs and the handwritten notes provided by Ghorbani.  Doostdar paid Ghorbani $2,000 for his work, which Doostdar admitted had been provided by Doostdar’s Government of Iran handler, the DOJ said.

In May 2018, Ghorbani traveled to another MEK rally in Washington, D.C., where he again collected information on participants critical of the Iranian regime.  Following that rally, Doostdar admitted that he and Ghorbani spoke by telephone and discussed the methods that Ghorbani could use to provide information collected at that rally to Doostdar in Iran. Doostdar further admitted that during his travel to the United States to task Ghorbani with collecting information on U.S. persons on behalf of the Iranian regime, he communicated with his Government of Iran handler through another co-conspirator.  Doostdar’s handler relayed instructions and encouragement, and answered Doostdar’s questions that came up during his mission to the United States.

The NCRI's Security and Anti-Terrorism Committee on April 20, 2018 in a statement said: "There have been numerous cases of suspicious acts of shadowing people and surveillance near the NCRI office in Washington by individuals of various nationalities, which point to serious terrorist threats. The police and relevant officials are informed of these threats."