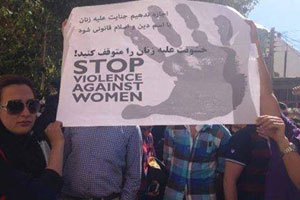 NCRI – Four Kurdish women and young girls in Bukan (West Azerbaijan Province in northwestern Iran) were victims of acid attacks by the misogynists ruling in Iran.

These crimes were carried out on Tuesday, July 14th on Kurdistan Boulevard in the city of Bukan where a woman and three young girls were taking a walk when they were targeted and severely wounded in this criminal acid attack.

One of the victims, Susane Ismaeel Nezhad, a 24-year old construction student in college, saw her back severely injured.

Prior to this she was threatened and pressured many times by the regime’s Ministry of Intelligence agents for her brother’s political activities outside of Iran.

Two other young girls attacked in another incident were sisters of the Ma’roufi family, and another young woman – the wife of a Kurdish artist – was also targeted.

Ms. Sarvnaz Chitsaz, Chair of the National Council of Resistance of Iran Women’s Committee expressed her deep abhorrence on this acid attack by the Iranian regime against 4 Kurdish women in Bukan, and called on all Iranian women and youths to protest this barbarity.

“Khamenei, the regime’s supreme leader, has despite much saber-rattling been forced to take a major step back and sign the recent nuclear agreement, to prevent his regime from being overthrown.

However, considering the regime’s internal balance of power, he is losing his hegemony and resorting to intensifying the climate of fear in society to get his revenge from the Iranian population. The brutal crime of acid attacks on the heads and faces of four innocent women and girls during the holy month of Ramadan, carried out by elements of the regime’s organized factions, is to this end,” she said.

“It has been proven once again that providing concessions to the barbarity ruling Iran has to this day reached no objective other than emboldening and giving them a green light to crack down, murder and carry out such crimes,” the Women’s Committee Chair added.

She called on all human rights and women’s rights organization to protest such atrocities and rush to the support of noble and brave Iranian women.

Women’s Committee of the National Council of Resistance of Iran
July 16, 2015